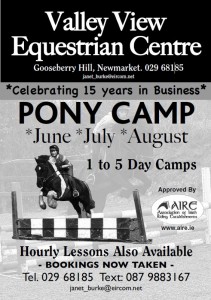 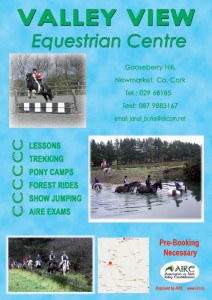 Another article on the returning Millstreet Horse Show in 2010, this time on the Horse and Hound magazine. It carries more details than previous articles and we find out that the show has been renamed the Millstreet All-Ireland Championship Horse and Pony Show. The full article can be read  below:

END_OF_DOCUMENT_TOKEN_TO_BE_REPLACED

In todays Irish Independent, in a showjumping article, there’s some news on a possible Millstreet Horse Show for next year 2010:

… Meanwhile at home, the Duggan family at Millstreet have caused a stir by announcing details of a major show jumping fixture at the Green Glens Arena immediately following the 2010 Dublin Horse Show.
A disagreement over an insurance claim led to tension between the Millstreet family and Showjumping Ireland (SJI) some time ago and Millstreet Show Director, Thomas Duggan, last night confirmed to The Irish Independent that next year’s event will be “unaffiliated and independent”, which may set them on course for another clash with SJI.