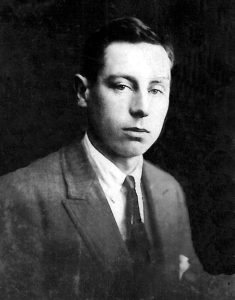 On seeing Seán’s article yesterday on the anniversary of the death of Roger Casement, Carmel reminded us of her grandfather local man Con O’Rahily who was one of the men in Casement’s Brigade.

Born on February 14th 1895 at the home of Mary Kelleher and Cornelius Rahilly, at Dooneen. He joined the Royal Irish Regiment in May 1913, and arrived in France on August 13th that same year.He was soon captured in the retreat from Mons. His battalion had retreated under the weight of the advancing Germans. After two days of retreating with little food nor water, pounded continually by German artillery, the next night their officer got them lost in the dark, and they woke the next morning looking down the wrong end of a German machine gun. He describes how the 15 of them captured were deliberately machine gunned by the Germans, and only 9 survived, including the officer. The Germans suspected them of using dumdum bullets and it took a great deal of negotiation by the officer to get their lives spared. As a prisoner of war, he was moved from camp to camp, until one day a German officer was recruiting for an Irish Brigade. Within this brigade Roger Casement made a recruiting speech in February 1915. Casement sought to send a well-equipped and well-organized Irish unit to Ireland, to fight against Britain, in the aim of achieving independence for Ireland. Such an action was to be concurrent with the ongoing war between Britain and Germany, thereby providing indirect aid to the German cause, without the ex-POWs fighting in the Imperial Germany Army itself. In spite of his eloquence only the 56 joined, but Con was one of those. They were trained by the Germans, and had much freedom of movement to go outside the came, but in the end most refused to fight in Egypt. In 1917 due to scarcity of local labour he was allowed to work on a farm near Danzig, fixing high tension cables, and other jobs (anything to kill the time). Later in 1918 he was moved to Berlin near the end of the war, assumed the name Hans Warren, and with others was sent to camps to preach socialism. At the end of the war he was returned to England where he expected to be courtmarshalled, but was somehow set free. He went to London and discovered that the police were following him, looking for clues to a “German Plot”. So he quickly went on to Dublin, there a policeman stopped him off the boat and advised him not to go to Dublin, and to head south. He went to Cork and reported to the local IRA officer, Commandant C J Meany, No1 Battalion, No 4 Brigade. Rahilly was sworn in as a Lieutenant of the IRA and “was kept busy from 1919 to 1923”. He later became a farmer at Rathcoole where he lived until his death in 1973.

He wrote a full account himself first published in the Kerryman in the 30s. And a large written memoir which has not yet been published.

There is superb article on Con at IrishBrigade.eu

Carmel his grand daughter said: “So many enlisted for various reasons. My grandfather Con Rahilly was out of work when he joined up. They thought joining the army was exciting and an adventure as you would when you’re 18/19.”