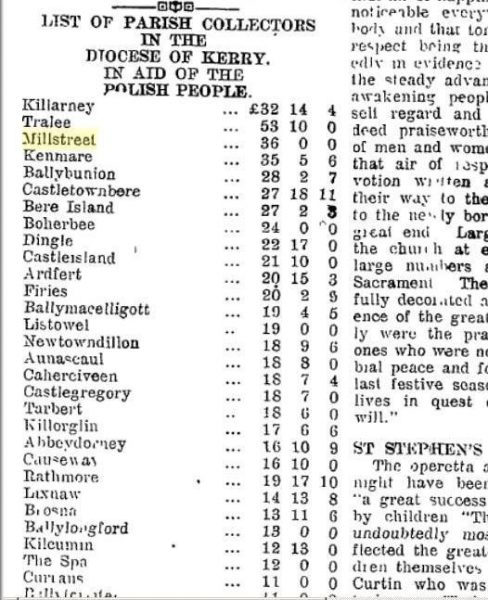 On Sunday 26th December 1915 a church-gate collection was taken up in all parishes in the Diocese of Kerry, in aid of the Polish people, who were in the depths of WWI.

Our own troubles in Ireland had not kicked off yet, but WWI weighed on the country. Surprisingly,  we were actually one of the wealthiest countries in Europe, mainly due to being part of the Brtish Empire.

But it is interesting to see that the Millstreet people gave much more than many other bigger parishes. So, it begs the question: what was the factor that influenced disproportionate collection locally at the time?

Update 2019: Seán says that at one stage in the early 1900s, the coach for the local Brass Band had a Polish sounding name. Maybe this was the connection, though there may have been others.