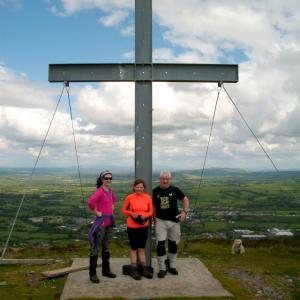 For his mountaineering skills his reputation is growing
Now into his sixties and he is not slowing
He does not fear the steep climb where the ground it is rough
Denis O’Mahony seems to like it when the going does get tough.

“Denis O’Mahony” is by Francis Duggan