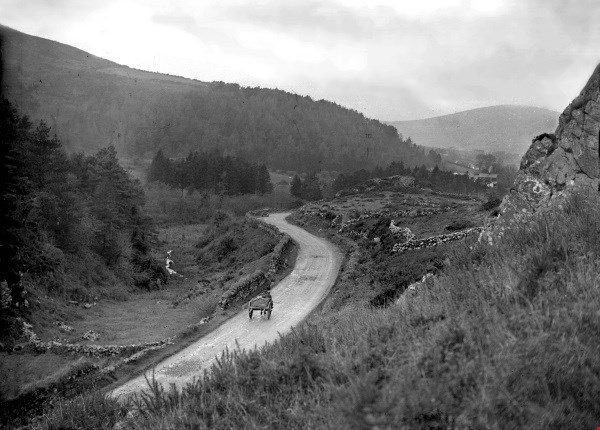 A 1912 photo of a horse and cart making its way down to Keim Turn in the direction of Millstreet. The photo was taken from about 250m above the current entrance to Keim Quarry on the road to Macroom. In the distance is Clara Mountain, with the tree covered Ballyvouskill Hill in the centre and rising towards the left of the photo. In 1993 this dangerous bend was removed when rock was blasted and the road straightened in advance of the Eurovision, and Keim Quarry opened at that time.  [1]
We wonder if the rock on the right of  the photo still there, or has it been consumed by the quarry or the roadworks? If memory is correct, back then the roadside was much steeper where the photo was taken from.

Has the view changed much in the meantime? There’s most likely more trees and more overgrowth in the area, so the view may not be available any more. Does anyone have spare time on their hands to maybe recreate the photo and what it looks like these days?

[Google Satellite View]
[Google Street View]
[1900 OSI Map] – The photograph is taken in Carrigacooleen townland.
[1995 Satellite View] – This shows the surface excavation works done when making the new road. It’s likely that the site where the photograph was cleared during those excavations.
[Facebook cross-post] – has some more maps in the comments

Below is a similar view from road level [GMaps] 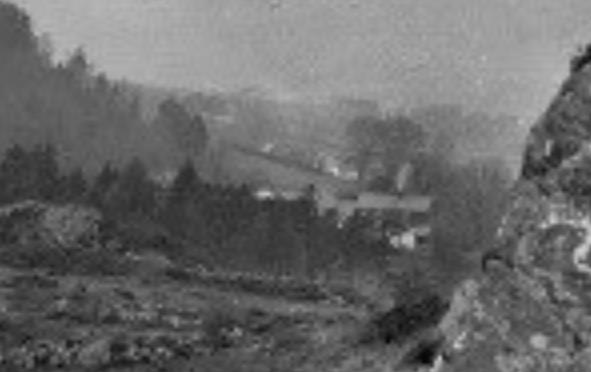 To the right of the middle of the photo you might notice that there’s a house with smoke coming from it. This is Keim House.

At that time the teacher in Cloghoula School was Jim’ The Dancer’ Dennehy, and he lived in Keim House with his wife Ellie Buckley, their children and some of her family. When they had married in 1899, they were gifted Keim House, a farm and a bog.  They subsequently moved to Sunday’s Well in Cork some time after 1911. [more on Jim the Dancer]

Keim house had two sets of stairs, windows, a slate roof, oak trees that lined the passage all the ways down to the road and had a wicker gate – the height of fashion at the time.

Keim House is long gone and Healys live there now.

TODO: make sure for definite that this is Keim House

Photos of when the road was rerouted before Eurovision 1993 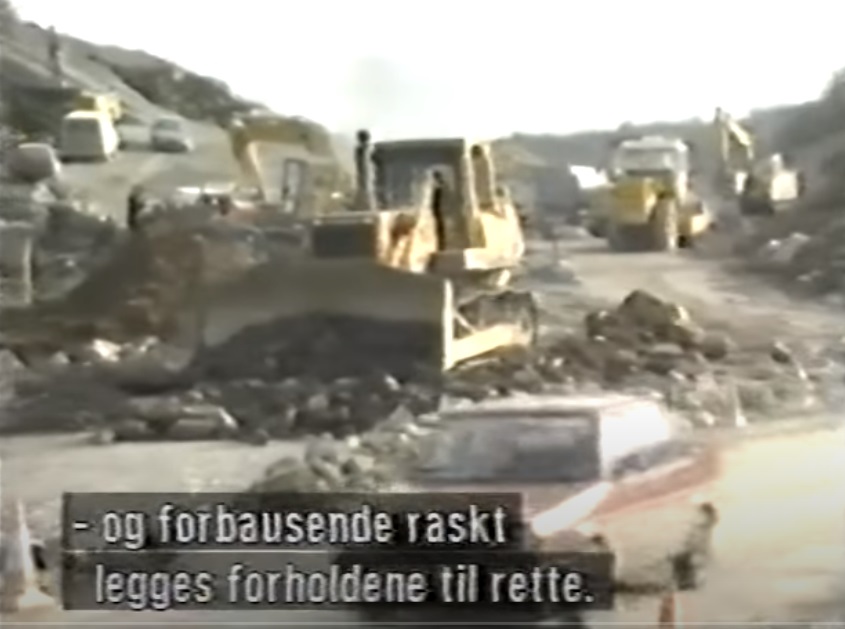 A hive of activity excavating the new road, as a car passes on the still open road in the foreground 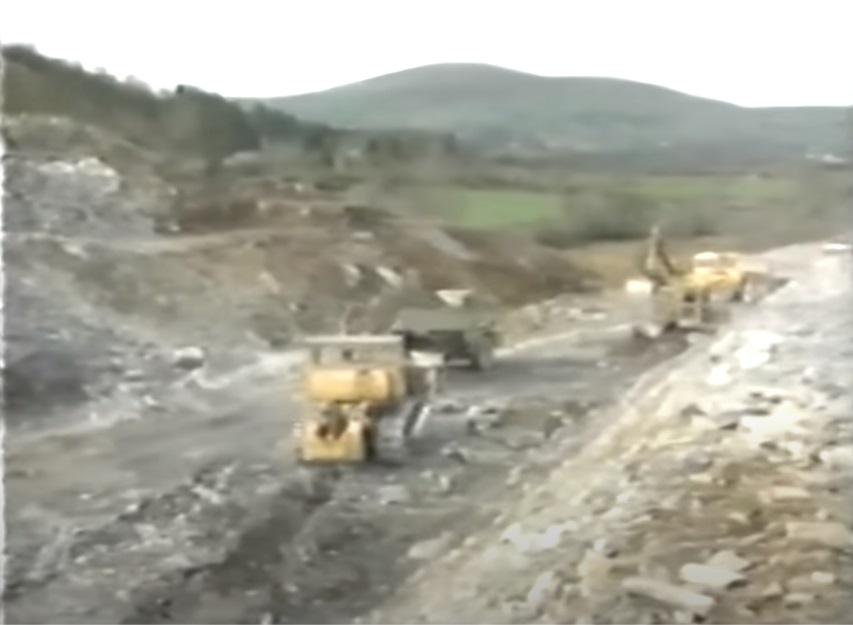 Excavating the new road – Clara in the background 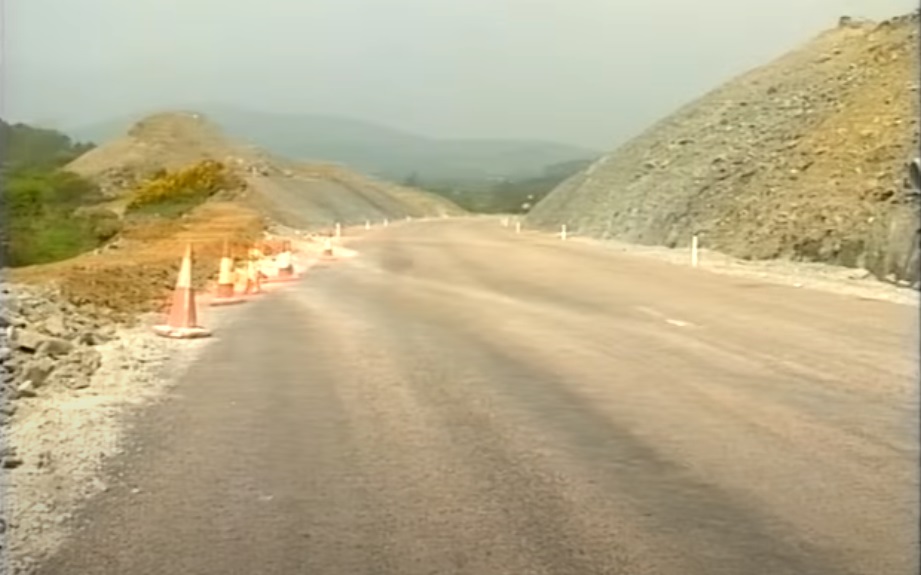 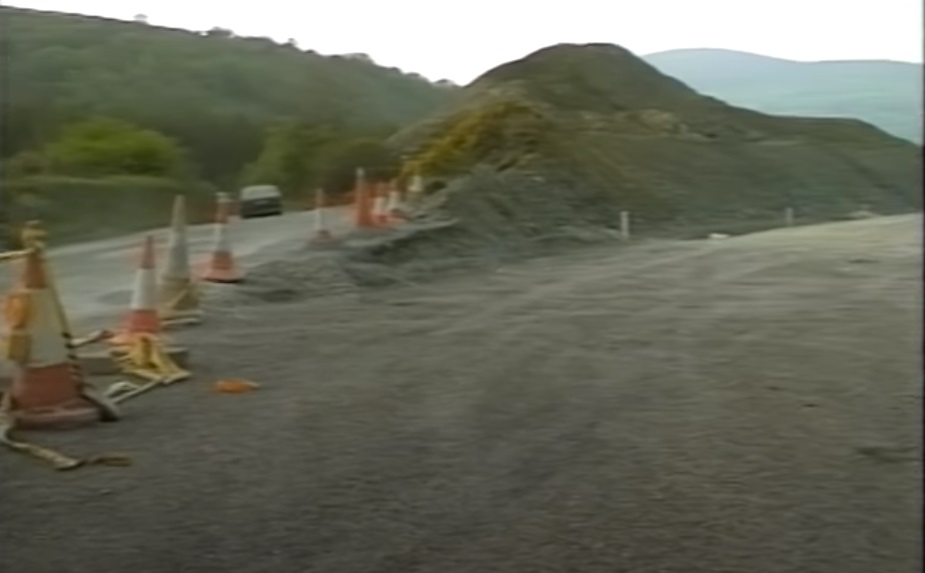 One of the last cars to go around Keim Turn 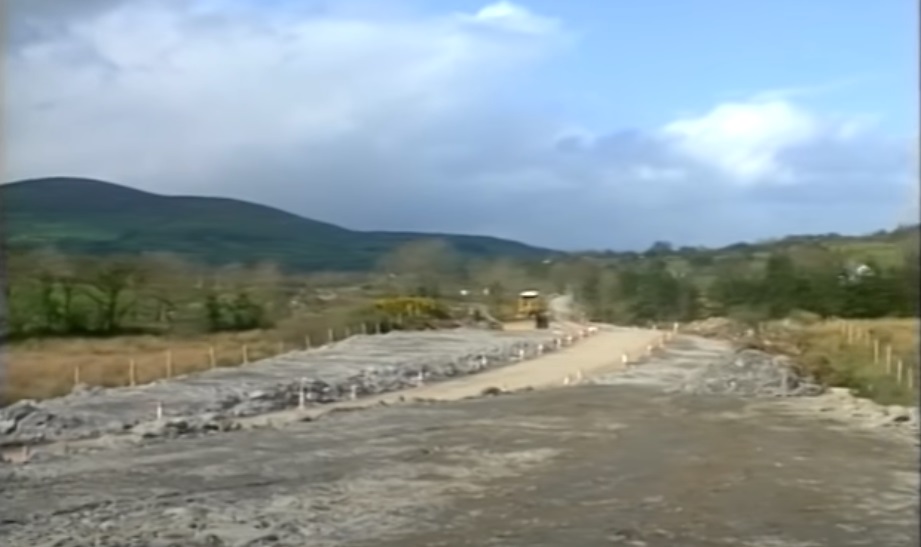 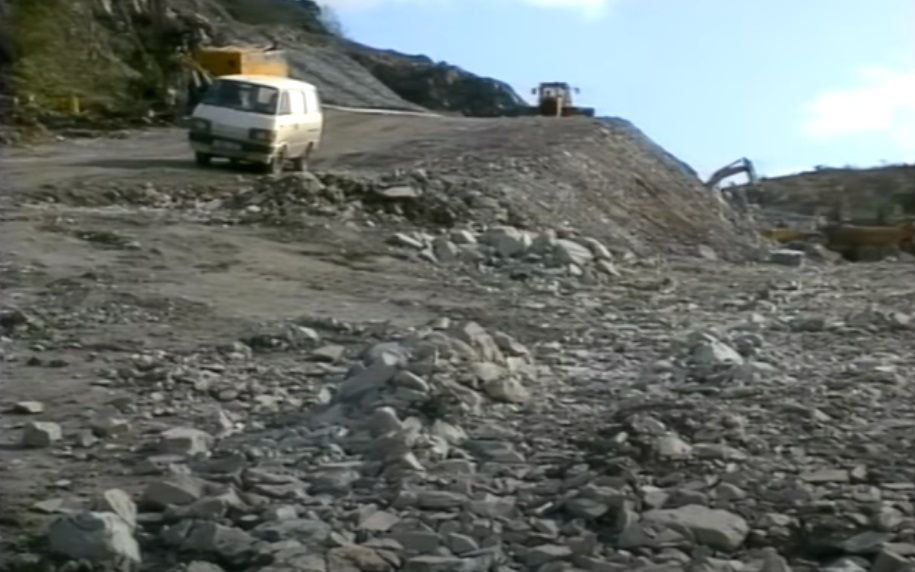 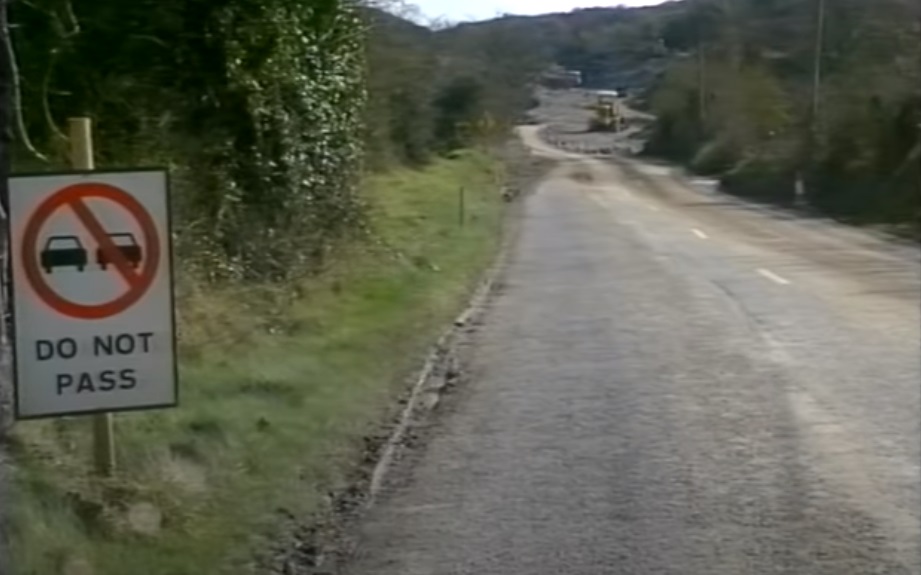