It’s safe to say that we’re pretty sick of all the bad weather at this stage, but with the arrival of Storm Desmond Met Eireann have issued a code red rain warning and a code orange wind warning for South Western counties, from this evening all through Saturday and into Sunday morning.

It might be a little dangerous at times, so we’d all be better off getting out the tiddlywinks and avoiding it if possible.

Apparently we’ve just had the windiest November in 70 years, and the wettest in 6 years 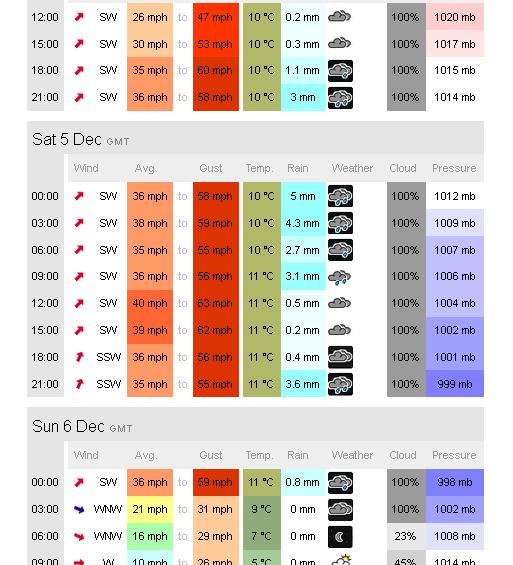 Status Red Rainfall Warning for Connacht, Donegal, Clare & Kerry from 6pm until 3am Sunday. This is the most severe weather warning possible

The low pressure area has been named #StormDesmond by @metoffice and @MetEireann. Heavy rain and severe gales. pic.twitter.com/boyNUWRauZ

=========
The blackwater was looking like doing the same this morning

N22 impassable near Glenflesk.
Diversions for Cork-Kerry in place via N72 (Mallow Rd) at Macroom via Millstreet and Lissivigeen (Killarney)