Hello,
I am hoping for some assistance/information concerning Father Joe Breen who was transferred from Tralee to Drishane Convent in 1916 due to his involvement with the Irish Volunteers. He was still in Milltown in 1921 but I have so far been unable to find further reference to him after that.

I am keen to acquire any and all information that is available regarding him including his relationship (if any) to Miss Kate Breen of Killarney. She was Chairperson of the Kerry Board of Assistance and Health from 1927 until her death in 1937. They were both active in Kerry during Easter week 1916 and knew each other but I am unsure of their family ties if such exit.

My paternal Grandmother was a Breen and I am

hoping to visit Ireland in the next couple of years and have been building information regarding various family names and connections so as to make the most of my visit.

Other family names include Cluvane (or Clifford), Lucy, Lynch, Galvin, Ashe and Nisbett. The Nisbetts were initially protestant and came from Belfast and married into catholic families in New Zealand. The other families were from Cork and Kerry.

If you do not have access to information regarding Father Breen I would appreciate any suggestions you might have as to whom or where else I might try.

Many thanks
Michael Hanifin <email>

There are some references to Fr. Joe Breen:

Another person marker out for special ill-treatment at this time was the late Fr Joe Breen, CC, who was a curate in Tralee in 1916. A man of high patiiotism, he was a member of the Irish Volunteers and his sound advice and able assistance were much appreciated by all who worked with him in the movement. After the Easter Week Rising, he was transferred to Millstreet, as chaplain to Drishane convent. In Millstreet he found full scope for his Vonunteer sumpathies, and his counsel and valuable aid were availed of by the officers of the battalion. Following an attempt on his life be the British in the autumn of 1920, he went ‘on the run’ and did not return until the Truce. Whilst on the run, he maintained close contact with the officers of the battalion and the men of the column. He was in a large measure responsible for the successful way in which the fight was carried on in the district.
By November 1920, matters were indeed bad with the unhappy townspeople. None bet the bravest dared to venture about after nightfall. There were searches, hold-ups and highway robberies committed by the Royal Irish Constabulary and Tans, not to mention the danger from the flying bullets of those drunken hirelings of the British government. On 22 November, a party of Volunteers took up position in the town, with the view of checking the onslaughts of peaceful townspeople. A fight ensued in which two of the Tans were wounded. The Volunteers lost one of their best men when Paddy McCarthy was killed at Upper Mill Lane. A chance shot fired by a passing Tan hit him in the head and the bullet, apparently a dum-dum, ended his life immediately. Ft Breen CC, attended to his spiritual wants, and the remains were placed in a motor car and removed from the town to the house of the late Eugene O’Sullivan, Gortavehy …. the remains were taken to Lismire graveyard, where the interment took place with full rites of the Holy Church, Fr. Breen, CC, officiating at the graveside…

… Soon the development of the national movement was greatly helped by the holding of Aeridheachta in various centres. The British authorities proscribed these gatherings. One to be held at Cullen was proscribed and miliary and aeroplanes were used to prevent it taking place. It was held later at Glashakinleen bridge, about eight miles to the north of Cullen, when the address was given bt the late Fr Breen, Millstreet. It is interesting to recall that this patriotic priest was the only person in Kerry, except the late Austin Stack, who knew of the proposed landing of Casement at Banna Strand on theat fateful Good Friday morning 1916.

“About mid-day on Saturday I got word from Fr. Joe Breen,
who, after much difficulty, succeeded in seeing Austin (Stack) at the
R.I.C. Barracks. He informed me that Austin was very anxious
about Bailey. Austin had expressed surprise to Fr. Breen, and
said he could not understand why Casement brought Bailey across.
He (Austin) believed Bailey under normal circumstances, would
not give away information, but he thought from what he saw of.
him that if he was arrested he would give away any information
he had about the landing”
…
Fr. Joe Breen was Chaplin to the Volunteers
from the start in Tralee a few years previous, and had been made
acquainted with the full facts of the Rising on the occasion of
P. H. Pearse’s visit to Tralee four or five weeks previously.
Pearse with Austin was for a long time in consultation with him
at the Presbytery, and all details in connection with the landing
were minutely gone into on that occasion, viz., the discharging
of the German boat with the arms timed to land at Fenit some time
about midnight on Easter Sunday or early on Monday morning.
(The idea of the big parade at the Sportsfield, being, of course,
to have the Volunteers mobilized arid ready to march for Fenit
after six p.m. when the Rising had taken place) On that
occasion Pearse was most impressive that not a single shot was to betired
until 6 p.m. on Easter Sunday evening. Fr. Breen, I might
mention was a few weeks later, on the order of Maxwell removed
from Tralee, and he became Chaplin at Drishane Convent.
During the Black and Tan Regime Fr. Breen was actively associated
with Liam Lynch in the North Cork area and the Tans and Auxiliaries
were as keen on getting him as any officer, in that area. Fr, Breen
was one of’ Austin’s beet friends right up to his death, and it
was Fr. Breen who officiated at his marriage a few years ago.

from the Witness Statement of Mrs Austin Stack (Tralee)

(1914) Shortly afterwards Éamonn O’Connor of Ashe Street became secretary to the Volunteers in succession to Diarmuid Crean, who was appointed to a post in South Africa. THe work of organisation went rapidly ahead despite a set-back in the loss of Fr Brennan who was transferred to Millstreet. He was succeeded by Fr Joe Breen, an equally worthy sagart who became treasurer of the organisation…

In 1913 a Volunteer Review took place in the Market in Tralee when a few thousand men were addressed and Reviewed by Maurice Talbot Crosbie of Ardfert. The men were just in long lines, with nothing like units such as companys or sections. At that time we had many volunteers who were reservists of the British Army, and we benefited greatly from their training. As time went by, we in Kerry became one unit, known as a Brigade. It had no Battalions or companys!
One day in Autumn 1914, a very much better organised Review took place in Killarney, in the old Sportsfield down on the road to Muckross. This gathering had a good Military appearance as we had Battalions; companys and Sections. It was reviewed by Owen McNeill and Fr. Joe Breen, Chaplain to the Volunteers. Competitions between sections from many parts of the country were held.

from: An Cosantoir – the Irish Defence Journal (Oct 1980)

In 1938 Kenmare club opened its new playing grounds and it was given the name “Faithche an Bhraoinaigh” (Fr. Breen Park, named after Fr. Joe Breen who was a curate in Kenmare in the early 1930s 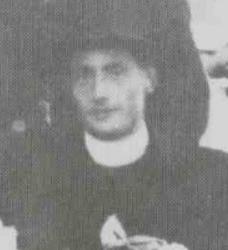 1912 Fr Joe Breen Chaplin to Drishane (photo to  be confirmed)

———-
On Easter Sunday morning, after the calling off of operations by Eoin MacNeill, Sean McDermott contacted me and instructed me to have two girls ready for dispatch work to the country. He insisted on one of them being my sister, Nora Thornton, whom he knew very well. He contacted me again at about 3 a.m. on Easter Monday morning and I got my instructions to send Nora to Kerl7 on the mail train on Monday morning. She got specific instructions to contact Fr. Breen and hand over her dispatch. This she did, but had to go on to Killarney to contact Fr. Breen and subsequently attended all meetings of the Kerry Brigade. In the meantime the police were looking for the girl who arrived on that morning’s train, but she had disappeared and, under instructions instructionsfrom tile Volunteer Executive, she remained in Tralee and did not get back to Dublin until the week following t1 surrender. It is interesting to note, however, that when she made her application for recognition for 1916 she was informed by the powers that be that she was only entitled to three days’ service for that week, as that was all the time that was, in their opinion, necessary to do the job.