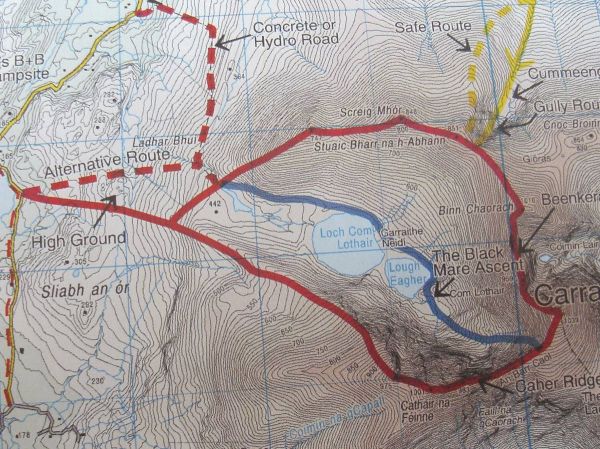 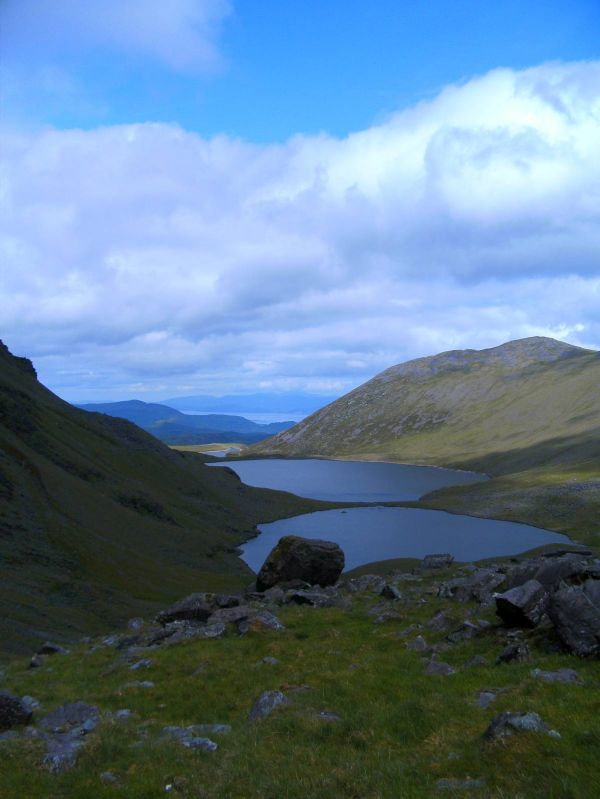 We did pass a group of 4 at the lake and they seemed content to pass the day away on this remote route. We were amazed to hear a ‘call’ 40 mins later. They had lost their map. Initially, I think, they were heading for Chair but had seen us take off and followed. Not a good idea! This chap, caught up with us, anyway, had run at least a mile over the rocks etc. to catch up with us, he was from Slovakia, has been here in Ireland with 5 yrs. His girlfriend from Middleton was on her 1st summit. Bless her! Little did she know that she was being taken on one of the toughest routes! They did make it though, as we followed their progress attentively, because the fog came in quite unexpectedly today at times but it cleared equally as much, every 5 or 10 minutes. I was very apprehensive for them because if we had not come along they would definitely have followed their nose and taken a safer route but they had seen us and decided that we ‘knew’ what we were doing and choose to follow us, unfortunately we gained ground too quickly which is why the chap had to run for his life to catch us with us. Thing is that I heard many shouts but looked upward, all the time, and said to Denis, gosh they sound so near, thinking it was coming from the top, but it was probably the poor chap running after us, looking for direction, trying to find their bearings! Never thought of looking behind!

We have no idea how they descended. Not the same way, I hope! He asked how to ascend so I expect he asked at the summit which was the best way to go back down safely. Chair is the safest route down.

Once you have entered The Black Mare Gully there is little alternative but to continue to the summit ridge. Descending this way would be ludicrous. I have been to the summit countless times, looked down this area and never realized that one could, actually, come up this way too, until I read Jim Ryan’s book. 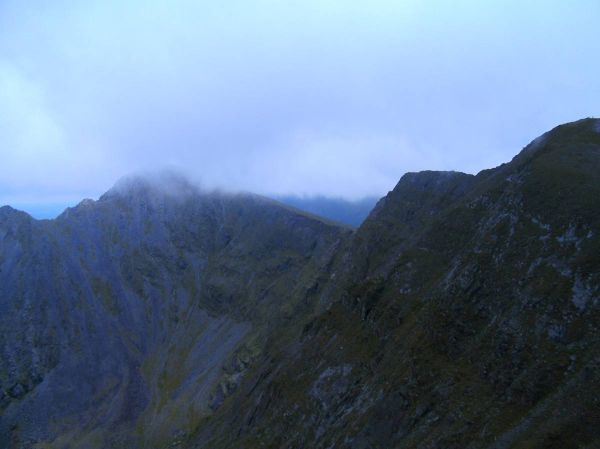 We are following all the routes in this book, at the moment 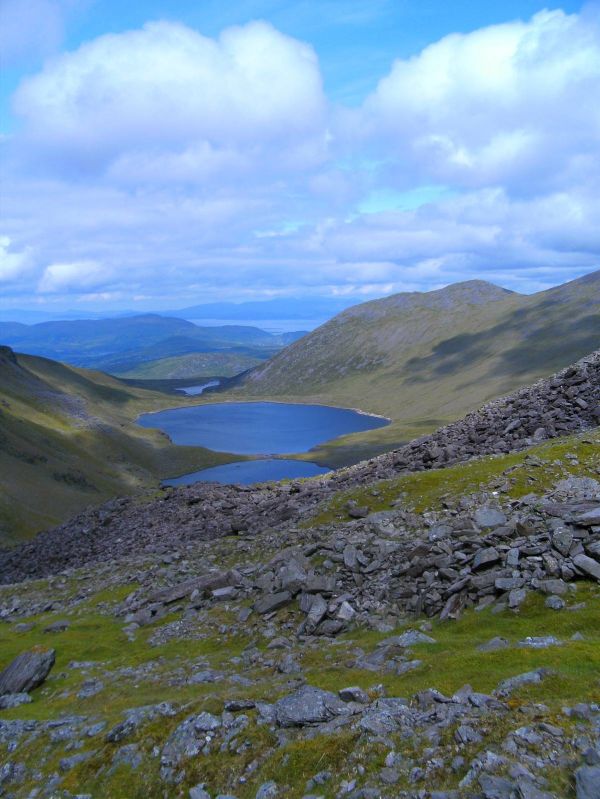 Follow either of the routes to the dam at Lough Eighter. Circle the Lough on the eastern shore and proceed eastwards, to circle the shores of Lough Coomloughra and Lough Eighter. Follow the river that rises steeply up the mountain, passing through a number of terminal moraines, deposits of gravel during the ice ages where the ice stopped.

Take stock here and decide for yourself which of the 3 gullies you think you are capable of!

Everything has become so eroded over time that I would not recommend any one or the other.

We did keep more towards the right of gullies this time around, and veered toward the left as we got closer to the top. There was plenty of scrambling to be done and a tough enough climb.

At the summit ridge, follow a well defined path over the rocks to the summit of

Carrauntoohill, this is just about 10 mins.

This year, for us, is about doing all the routes that we have not attempted before and doing them in a decent time too.

Best descent is via Cahir.

All in a respective 5 hrs. including Lunch at the top.

Not to be attempted when there would be ice and snow unless of course you have ice-axe and crampons and experienced in the use of same. 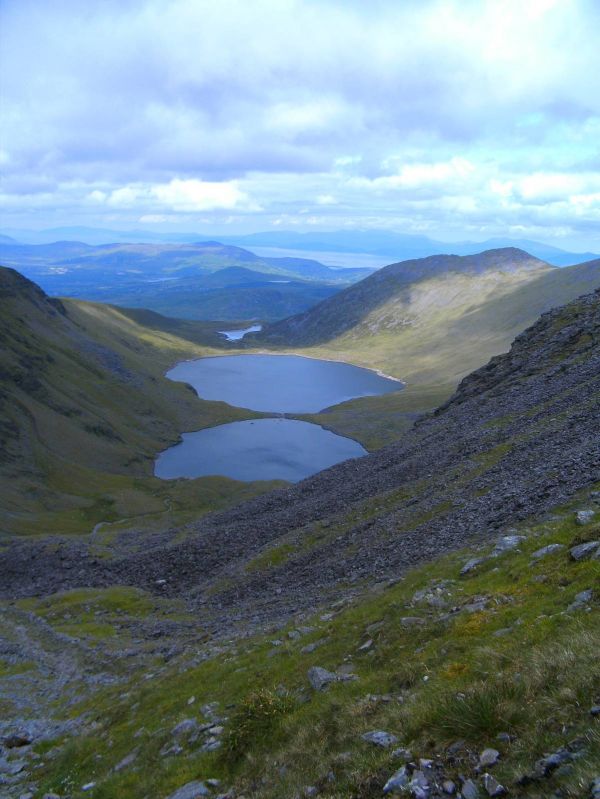 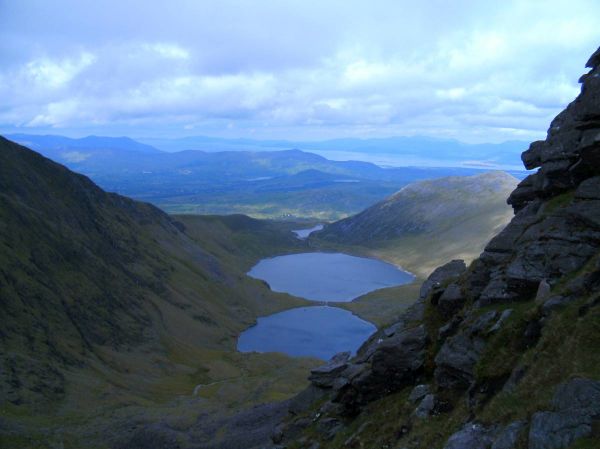 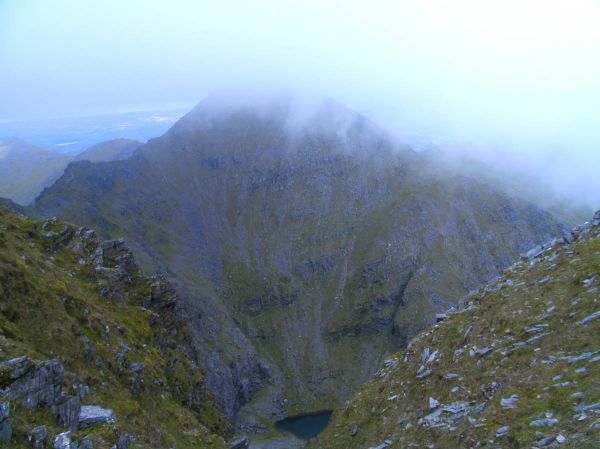 Beenkereagh is picture above, looking down into Shea’s gulley 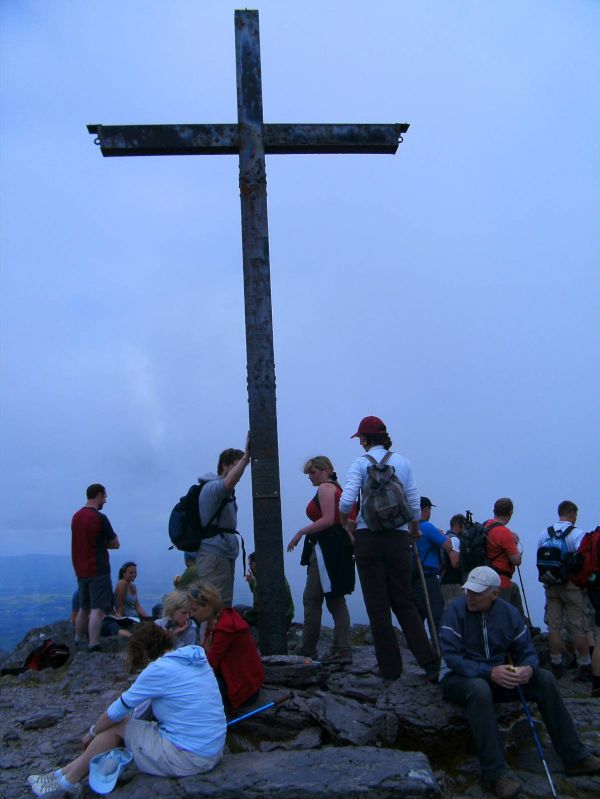 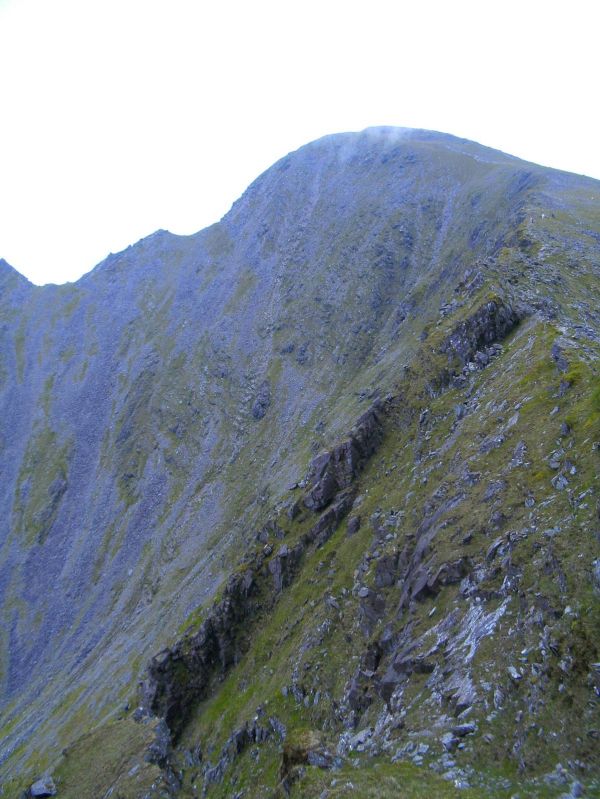 That’s the gulley we climbed, picture from Chair.! Some people are coming down of Carrauntoohill and coming back up Chair again to the right of picture.