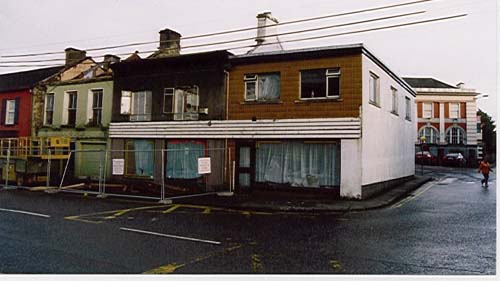 Up to the 1990’s Jerry O’Riordan’s was one of a number of grocery shops in the Square in Millstreet. In June 2003 the three houses at the corner of the square which made up the shop and store were to be demolished to make way for the new credit union. Seán Radley was on hand to take photos of the demolition and at the time were published on what was then for a short time, the Millstreet website (millstreet.20m.com). 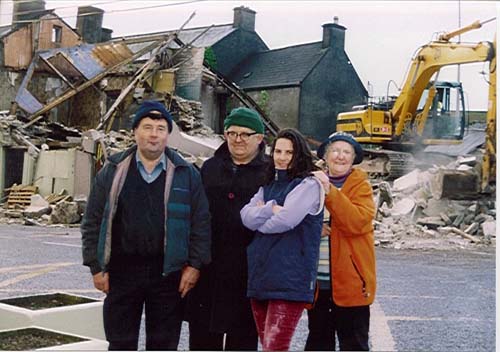 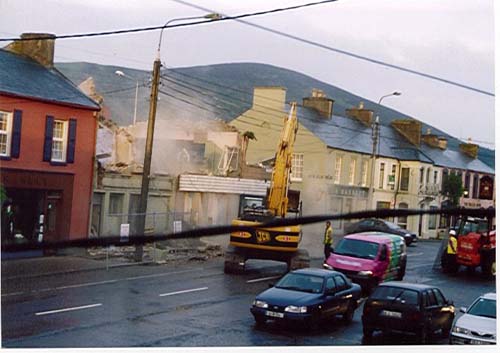 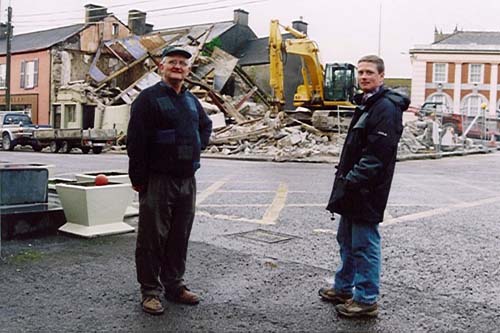 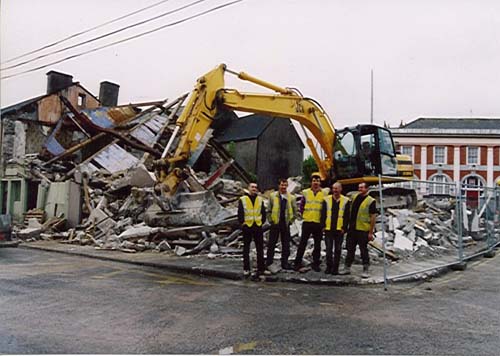 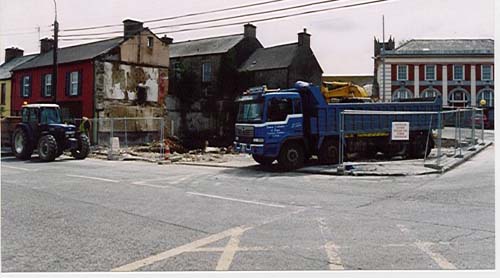 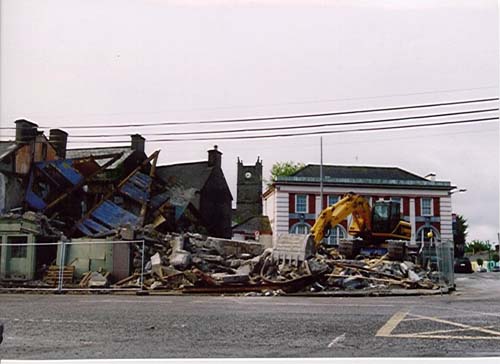 Historic changes at the Square, Millstreet recently as three houses were demolished making way for the new cornered Millstreet Credit Union building.   A small dedicated group of local people were present at the Monument on a recent May morning at 5.20 when the very efficient H&M Construction Team began on the demolition….the complete site had been cleared by 5.20 that evening.  The new foundation was soon in place and the walls are now beginning to appear.   Many memories were evoked by the change of the streetscape of Bridget May Reardon’s Corner Shop, of William O’Leary’s first shop, Jerry Reardon’s supermarket, the Cooper and Buckley families.  In fact, just a few days after the demolition a couple from Australia, Lance and Annemarie (nee Buckley)  Graham arrived in Millstreet.    Annemarie’s relations were members of the same Buckley family of the Square.  We were able to provide them with photographs of the house while Mary Cronin & Bridget King gave them important interesting information.   A receipt for a 1951 radio licence was found during the demolition work and donated to Millstreet Museum as were a number of historic family photographs.