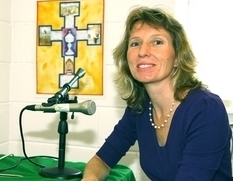 Piotr Delimat the new Polish Chaplin in the Kerry Diocese is also interviewed. A lot of our Polish in Millstreet would travel for services at the weekend ( listen to it at “Part2.220315” from 7:40 ).