Well, well done to the two Students from Coláiste Treasa in Kanturk – Ian O’Sullivan and Eimear Murphy on winning the overall award in this year’s BT Young Scientist Exhibition.

Read details of their wonderful project, which looked at what influence parents drinking has on their children. Below there’s a video, photos and more: (S.R.) 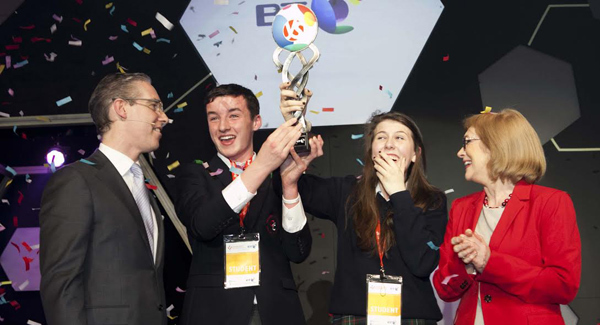