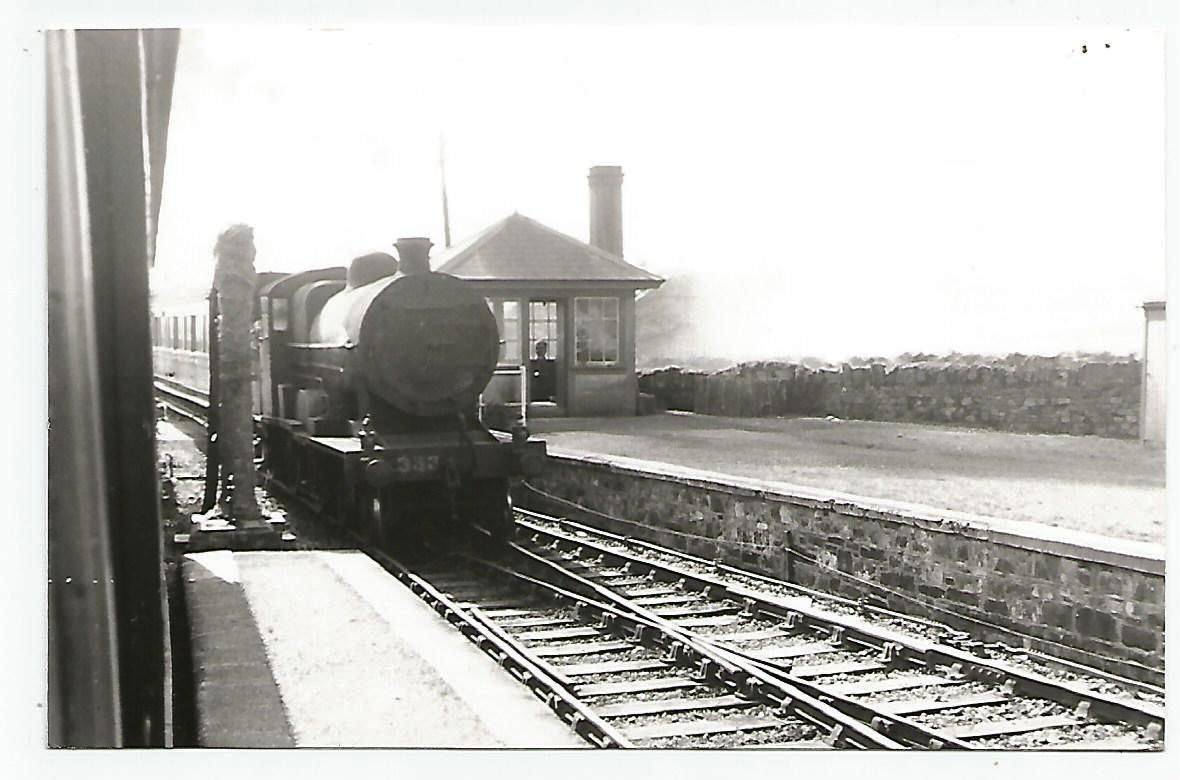 This old used postcard of Millstreet   Railway Station surfaced on eBay this week. We’d love to know if anyone knows when this photo was taken at what kind of engine is shown.  The island platform lasted at least until the late 80s (removed at the time of the Eurovision?), but the Signal Cabin in the background lasted a bit longer, though without the chimney I think.