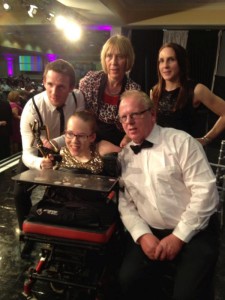 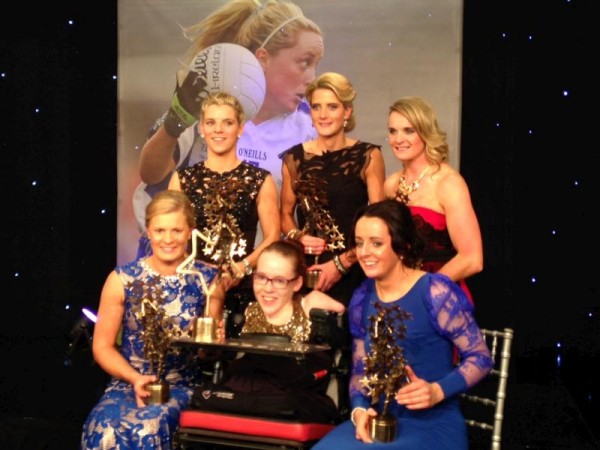 Joanne O’ Riordan was guest of honour at Ladies Gaelic Football Association all star awards on Saturday night (November 9th), which took place in the Citywest Hotel in Dublin, where over 900 guests attended. She gave a very inspiring speech for which she received a standing ovation and an honorary All-Star herself. Pictured above are Joanne & family, and Joanne with the five Cork “legends” who received awards. With thanks to Mags for the photos <email>

Amazing to attend the @LadiesFootball Allstars but to actually get one too with the cork legends #unbelievable pic.twitter.com/LjfM7tfVCz