Pictured above are the Cork football team from 1973 that won the All Ireland, and who were honoured at the County football finals in Páirc Uí Caoimh last Sunday to mark the 40th Anniversary of their All-Ireland Final win. Millstreet had five players in that team: John Coleman (back row, fourth from the right), Denis Long (back row, second from right), Connie Hartnett (front row, third from right), Humphery Kelleher RIP (represented by his wife – back row, fifth from the right),  Thomas Kelleher RIP (represented by his father Denis Strack Kelleher – front row far right) – photo is from OfficialCorkGAA 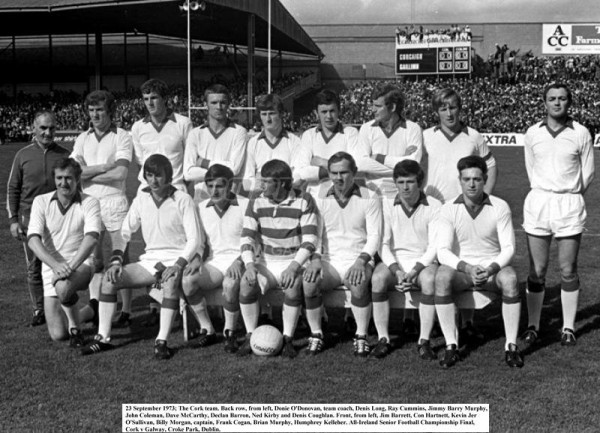 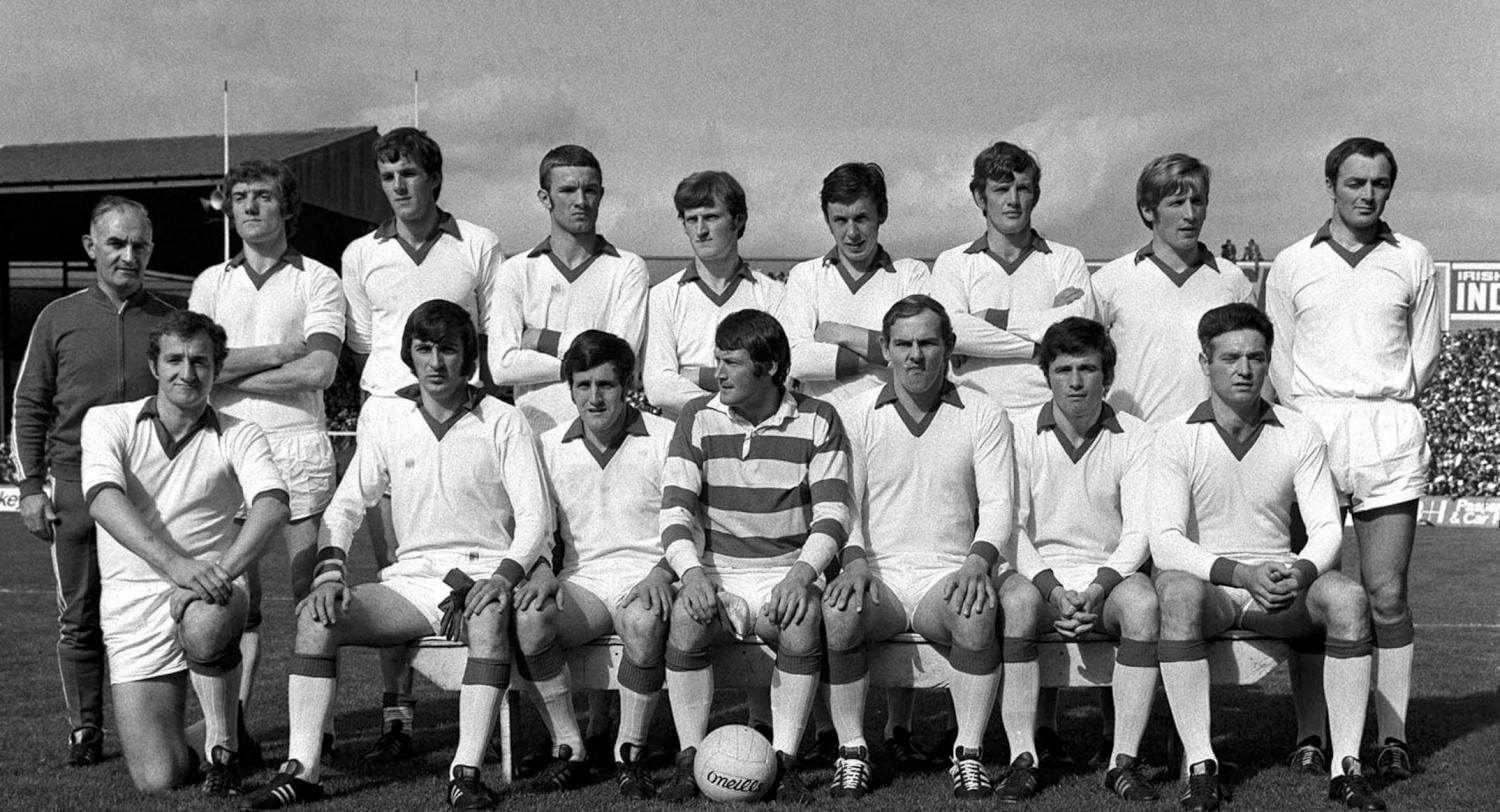