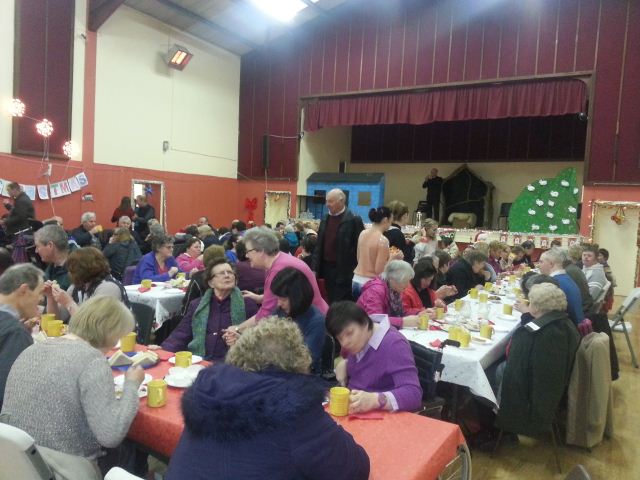 The 32nd anniversary of our first Christmas Mass and party was celebrated in Cullen Community Centre on Sat. Dec.8th  and it certainly lived up to the success of the previous parties, some saying it was one of the best. Invitations were sent to approx. 100 special guests and their families. Despite the absence of a number of regulars, some of whom had gone to their eternal reward and others who were indisposed through illness, over 70 plus families and carers attended.

It commenced as usual with Mass in the Community Centre celebrated by Fr. Jack Fitzgerald who made the ceremony so special, with the Choir and organist Susan O’Connor adding to the occasion with appropriate  hymns and Christmas Carols. A wide assortment of fine food, refreshments and punch was then served to all and as the tables were cleared it was on to the dance floor for a fantastic disco with top class music from our faithful D. J. Andrew Lynch

Chairperson Breda O’Riordan welcomed all guests, families, carers and helpers and thanked all who contributed to the success of the party.

William Fitzgerald videoed our party and following on the recent successful launch of Cork Music Station, he presented a substantial cheque to Sec. Moira O’Keeffe.

To finish off the evening each one of our special friends received a Christmas gift presented as usual by Dr. Pat Casey who had a special friendly and kind word for all. Our Christmas  Mass and Party continues to be the highlight of the year’s activity, where many friendships are renewed and new ones formed each year at this Annual get-together.

Thanks to all the people who gave generous sponsorship, voluntary donations, to all who helped on the day, to  the parents, children and teachers of Cullen National School who so artistically decorated the hall with a marvellous display of colourful decorations and lights, not forgetting the media – John Tarrant, Willie Fitzgerald of LTV and Hannah O’Connor of www. millstreet.ie

Cullen and District S.N.A. would like to take this opportunity to thank everyone for their help and support in 2012 and wish all their special friends, supporters and sponsors all the Joys and Blessings of Christmas with the best of health and happiness in the New Year. 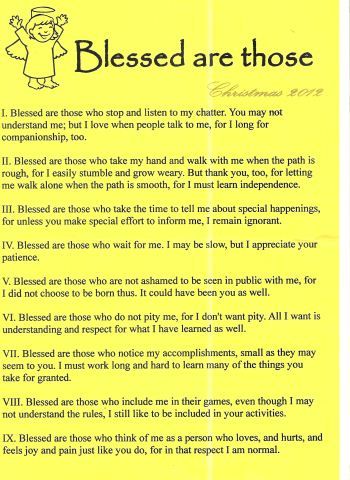