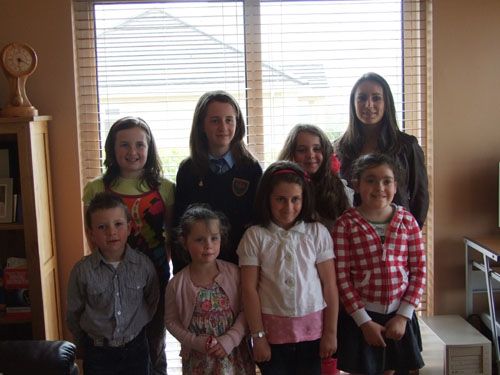 Leanne Murphy on her Confirmation day, pictured with her cousins (Michelle O’Keeffe) 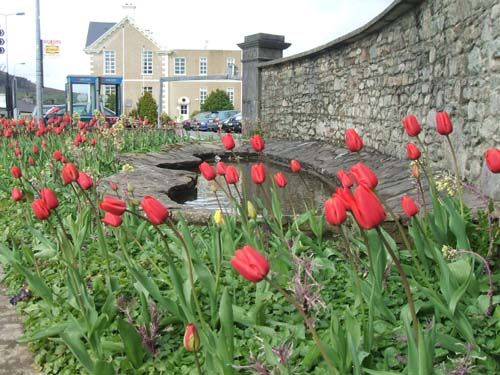 Springtime in West End, Millstreet sees the near completion of the restoration work at Carnegie Hall. (Seán Radley) 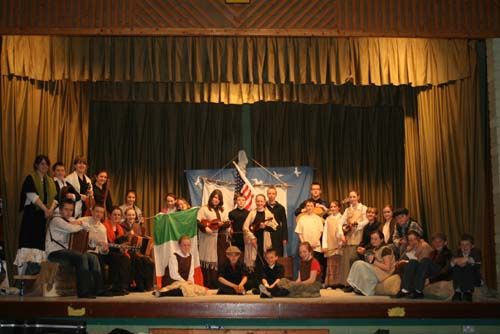 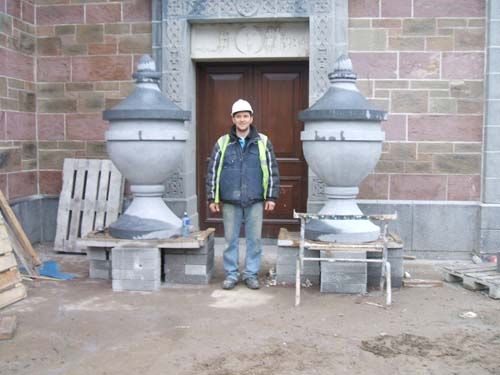 Foreman, Kieran O’Riordan beside the two newly fabricated six-foot ornamental urns before they were recently raised to the front facade of the recently restored St. Patrick’s Church, Millstreet.(Seán Radley) 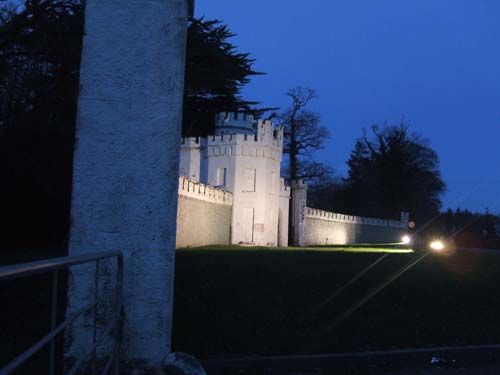 Floodlit entrance to Drishane Castle and Grounds at Drishane Road, Millstreet. The centenary of the 1909 arrival at Drishane of the Sisters of the Infant Jesus takes place on 16th May 2009 at Green Glens. (Seán Radley) 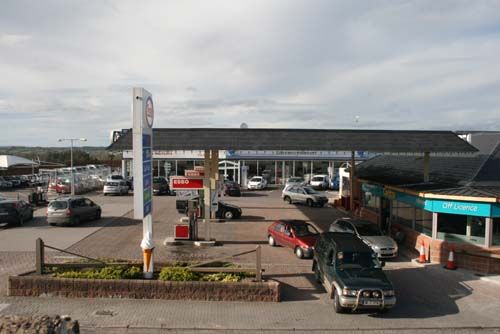 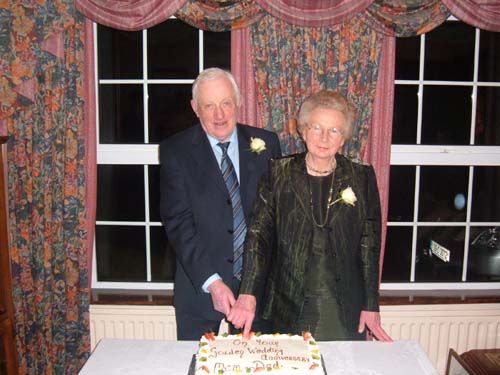 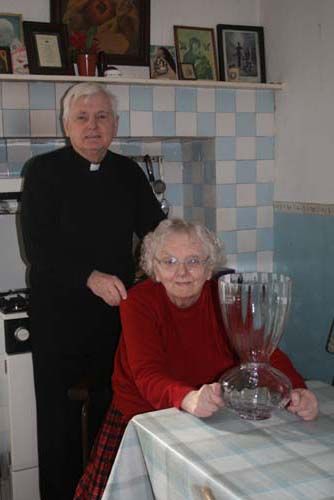 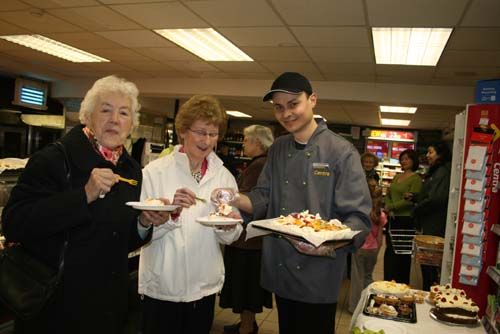 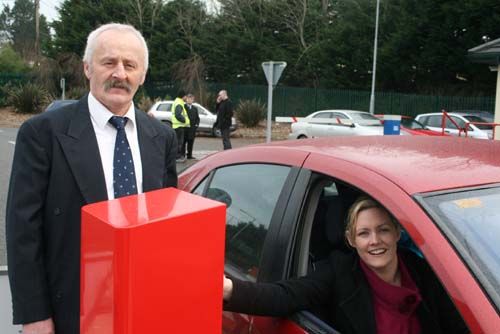 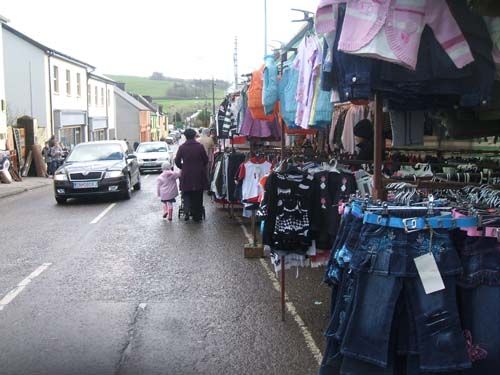 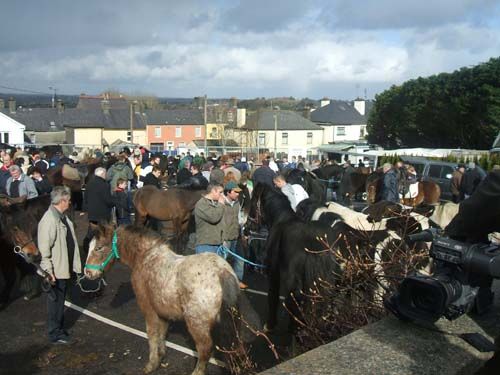 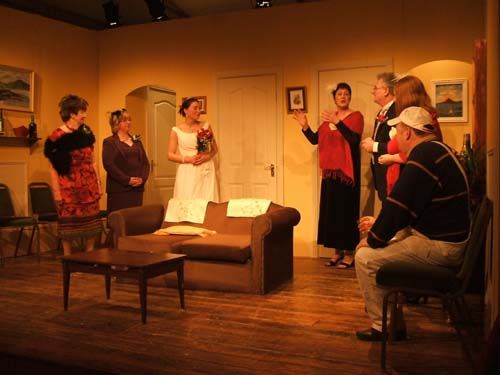 A scene from the hugely successful presentation of “Separate Beds” at Banteer’s Glen Theatre. (Seán Radley)