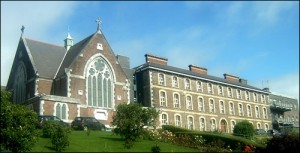 We all know loved ones who have been taken care of by Marymount Hospice, either in the hospice or by their home care team. TV3 is running a two part documentary on Marymount, and it’s very moving to see people tell their stories, how it works from the inside, and the level of care they give.

About the documentary (from TV3.ie): The staff and patients of St. Patrick’s Marymount Hospital in Cork city are on the move. 141 years after it first opened its doors, this much loved Cork institution is moving to a new hospital which will be Ireland’s most advanced palliative care facility and a centre of excellence for the Irish hospice movement.

Watch the documentary at http://tv3.ie/marymounthospice.

The first episode was on last Tuesday (Jan 31st) and the second and final episode is on next Tuesday (Feb 7th) at 10pm. [update Feb 8th: the second episode is available to watch on the TV3 website and at the same address]