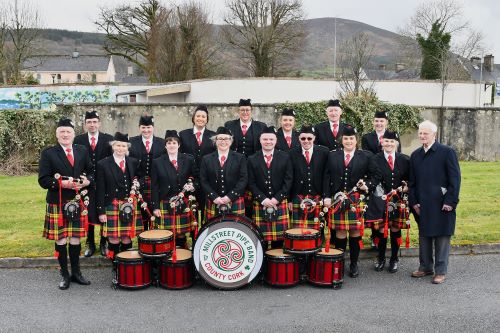 Millstreet Pipe Band’s fundraiser to cover the shortfall between a grant received for new uniforms & equipment & their final cost, as well as the lack of Church Gate Collections for two years due to Covid, raised a total of €6,669.05.
The Pipe Band would like to say thank you for the amazing generosity shown by so many people, businesses & committees.
There were donations from near and far &  the support was greatly appreciated.
The total raised from the gofundme page was €3,449.05 (after fees). There were further cash & cheque donations of €3,220.00 bringing the total raised to €6,669.05.
The Pipe Band would also like to thank everyone for the good wishes extended to the band during their fundraiser.