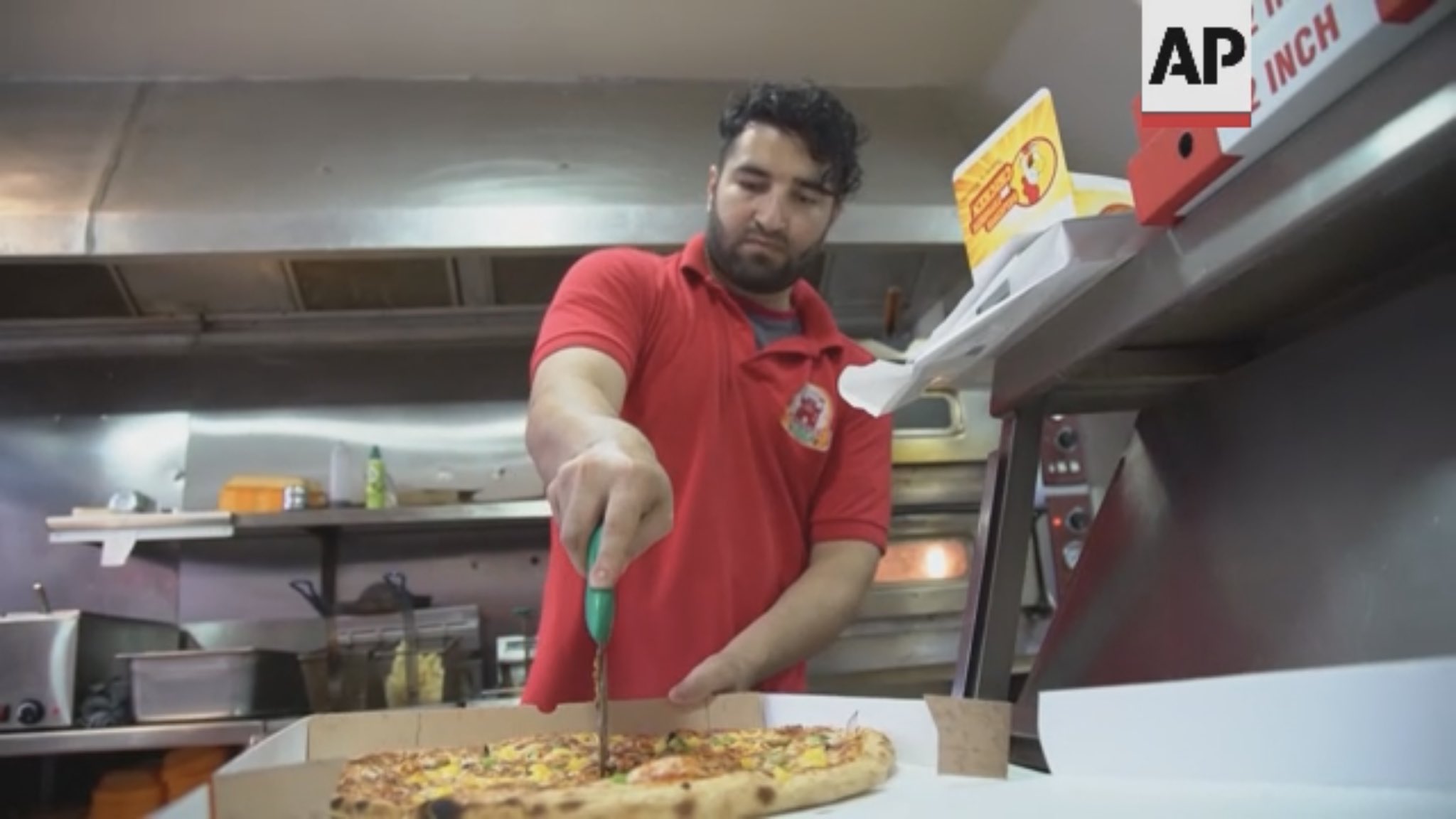 Owner of Castle Pizza in Millstreet, Waheed, featured in an article on the Associated Press recently. He talks about how he has been welcomed in Millstreet, on how he set up the Castle Pizza, but also on how he has not seen his family since he became an asylum seeker in Ireland in January 2019, and hopes that he can be reunited with his young family sooner rather than later, as the situation in his home country of Afghanistan is not good at present.

Scenes from my latest piece for the Associated press, the story about an Afghan asylum seeker based in Drishane Castle #directprovision centre, Millstreet, Co Cork.
Link to the story:https://t.co/7TRQXikYi6 pic.twitter.com/crd6Ed2ENz