from the Dúchas Collection

The author “J. Doody” was Jerry Doody who lived along the Glebe. His grandson Jerry added: “He was indeed a poet of some renown, unfortunately most of his writings were lost. Among his other pieces was ‘My Blackthorn Stick’ and a tribute to the Millstreet team that won the County in 1948.”

“Avondhu” – We’re sure that many will wonder about the name Avondhu, and maybe it should be read Blackwater, but it is an anglified version of Abhainn Dubh (Black river). In older times the river was actually called the Avonmore, or Broadwater. see the below explination from Library Ireland.

“The Munster Blackwater was never called by the name of Awniduff or Avonduff, or Avondhu as some of our present-day writers put it (all meaning “black-river”). Its Irish name is Avonmore (great river) as we find it in all native authorities ancient and modern; and this is the name in universal use in the spoken Irish language of the present day. The modern English name Blackwater therefore is not a translation, but a new name given by English-speaking people; and it is an appropriate one, for the river is very dark in the early part of its course, partly from the peat bogs of Slieve Lougher, and partly on account of the Duhallow coal district through which it flows.
But it will be of consequence to remark that the English name in general use in Spenser’s time was Broadwater, which is a sufficiently correct translation of “Avonmore.” For example Gerard Boate who wrote his Natural History of Ireland about the middle of the 17th century, has: “The two chief rivers of Munster are Sure and Broadwater, the city of Waterford being situated on the first . . . the other (Broadwater) passeth by Lismore and falleth into the sea by Youghal.”It is also called Broad-water in Norden’s map of Ireland, compiled about 1610; and in a charter of James I. the two English names are used—”the river Blackwater called otherwise Broadwater.” [Library Ireland] 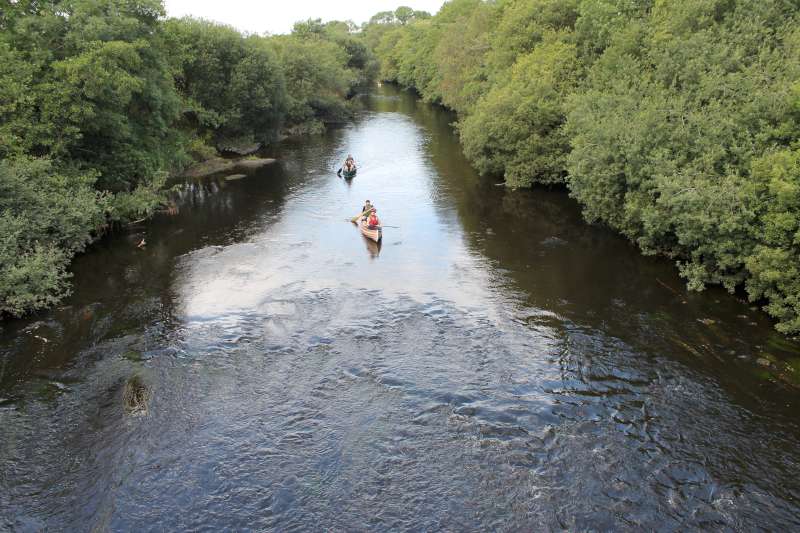