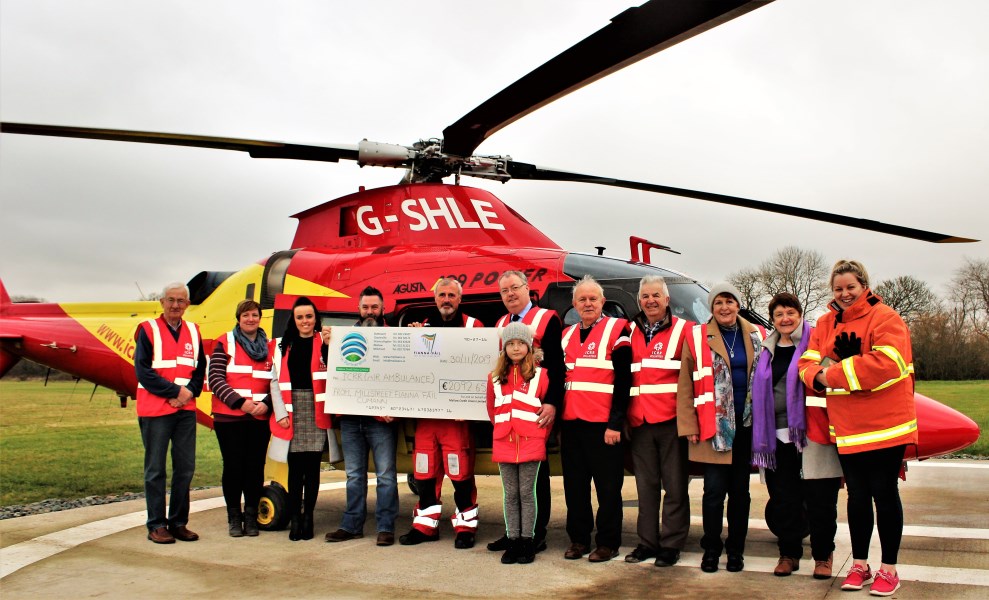 The air ambulance, pilots, fuel and insurance are mainly funded through charitable donations while the National Ambulance Service provides an advanced paramedic and an emergency medical technician on board as well as medical supplies.

Air ambulances are well-supported by the public in the United Kingdom and those running the ICRR hope to follow their model. “We would anticipate that there is enough goodwill in the community to support us in a similar manner. We are at a position at the moment where we have a shortfall of funding,” Mr Murray said.

The organisation has appealed to the Government for a one-off intervention at this time and is awaiting a response. However the charity’s original agreement with the Government was that the community would fund the running of the aircraft.

It is estimated the running of the helicopter will cost €1.5m each year.

“If we were to get €1 per person in the south of the country we’d have it covered,” Mr Murray said.

The ICRR has sent up a GoFundMe appeal with the aim of raising €400k to continue the air ambulance service.