It was wonderful to hear today that Darragh Cashman had been chosen at wing-back in this year’s Electric Ireland Minor Football Team of the Year. It’s a fantastic achievement, but not really unexpected as his performances were great all year, performances that brought a lot of pride to Millstreet people watching them. 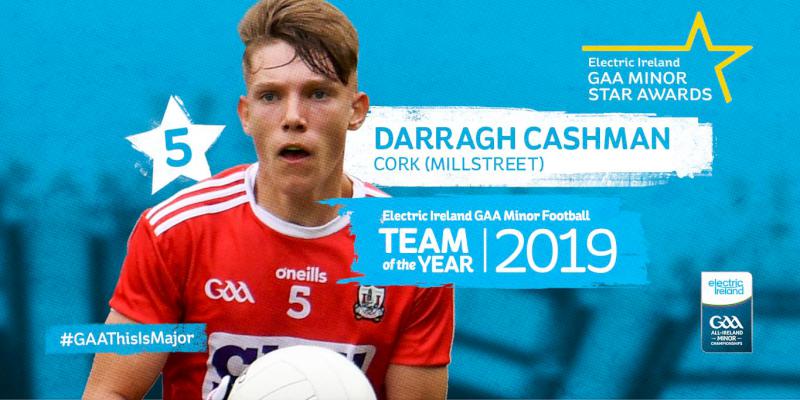 Next up is Darragh Cashman who carried his fine early form for @OfficialCorkGAA into the final with a point against Galway pic.twitter.com/82yAYI3cbZ

Congratulations to Cork Minors, Darragh Cashman of @MillstreetGaa , Daniel Linehan of @CastlemagnerGAA , Michael O’Neill of @ButtevantGAA and Conor Corbett of @clydaroversgaa as they are selected as part of the @ElectricIreland Minor Football Team of the Year. pic.twitter.com/Cu93iOSpBG

Congratulations @darraghcashman7 Selected at right half back on the @ElectricIreland Minor Football team of the year. Absolutely outstanding achievement! pic.twitter.com/PpR15c76gY