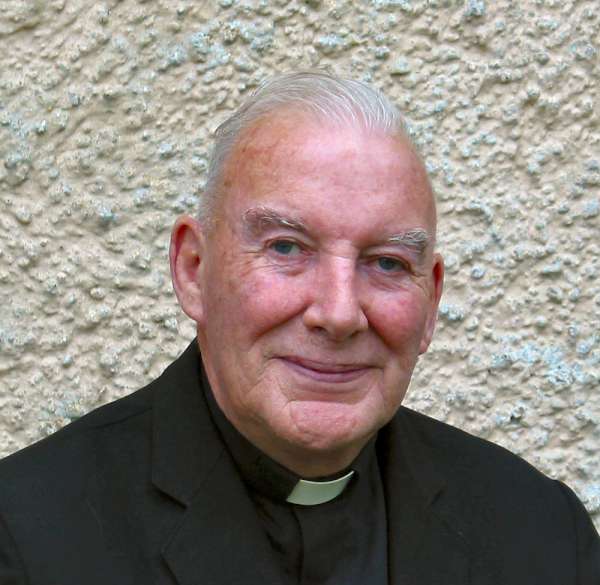 Lying in repose at the Wilton Funeral Home, Sarsfield Road of Jerh. O’Connor Ltd., on Wednesday from 3pm to 5pm, followed by prayers. Reception Prayers at 6pm same day (Wednesday) in the Church of the Immaculate Conception, Blarney, followed by Rosary at 8.30pm. Requiem Mass on Thursday at 12 noon. Funeral afterwards to Church Grounds. [rip]

Diocese of Cloyne: Canon Vincent O’Donohue (RIP):
With sadness, we share the news that the death has occurred of Very Rev. Canon Vincent O’Donohue.
Canon O’Donohue died unexpectedly and peacefully in his own home.
Canon O’Donohue was a native of Kilcorney, Banteer, and was the former parish priest of Blarney parish.
Our deepest condolences to his family, diocesan colleagues, former parishioners and to his friends…. [2]

Canon O’Donoghue was raised up behind Kilcorney Church, and had a brother Jackie who moved to Waterford and married a Twomey girl from Knocknakilla, and also had a sister.