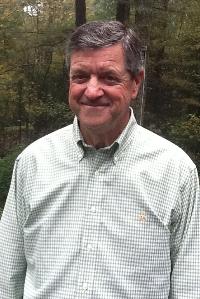 Steve was born in Jamaica Plain, the third of four boys born to the late Stephen Buckley (Dooneen) and Catherine Long (Aubane), of Millstreet, County Cork, Ireland. Steve graduated from Boston Latin School before receiving degrees from Bowdoin College and Northeastern University. He spent his professional career as a partner at Ernst & Young for over 35 years, eventually leading the life science industry practice.

Steve’s lifelong passion could be found on the golf course. Many knew Steve as an active member and past President at Charles River Country Club. He grew up caddying with his brothers at The Country Club in Brookline and attended college thanks in part to the Francis Ouimet Scholarship Fund. Steve would go on to serve as a Treasurer, President and long-time Trustee of the Fund, endowing a scholarship with his brothers John and Gerry in memory of Kevin.

Steve gave his time and support to many causes and organizations, including the Boston Latin School Association and the Northwood School (Lake Placid, NY) as a Trustee; the town of Medfield as a member of the Warrant Committee; and to many aspiring athletes as a patient coach of youth basketball, baseball, and softball.

Visitation hours are Monday, May 13 from 4:00 – 8:00 PM at the Robert J. Lawler and Crosby Funeral Home, 1803 Centre Street, West Roxbury and the funeral mass will be at 10:00 AM on Tuesday, May 14 at St. Theresa of Avila Church, 2078 Centre Street, West Roxbury. In lieu of flowers, donations in Steve’s memory may be made to the Francis Ouimet Scholarship Fund, 300 Arnold Palmer Blvd., Norton, MA 02766. [legacy] [ancestry] [tributes]