We were recently asked to note that the local Gardaí have been issuing fines and penalty points for people turning their car at West End at the junction by Herlihy’s Centra to go back up town. The reason for the fine being that when you are turning, you are crossing a solid white line which extends for 20m back the Clara Road (the solid white line is highlighted in the photo below). We wonder if many people have been penalised for this, something that has been normal behaviour, and has been seen as the safest place to turn the car on that side of town?

The same has been happening to people turning into St. Mary’s Graveyard when approaching from town:

“The stretch of road by the graveyard has always had a broken line until the road was tarred this year, and then it was painted with a solid white line. Because of that line, you are no longer:
1. allowed to turn into St. Mary’s Graveyard when coming from town, or turn towards Mallow when leaving the graveyard.
2. allowed to turn towards town when exiting the Woodlawn Drive estate, or turn into woodlawn drive when approaching from the Mallow direction.

It would be good to know who sanctioned this change” 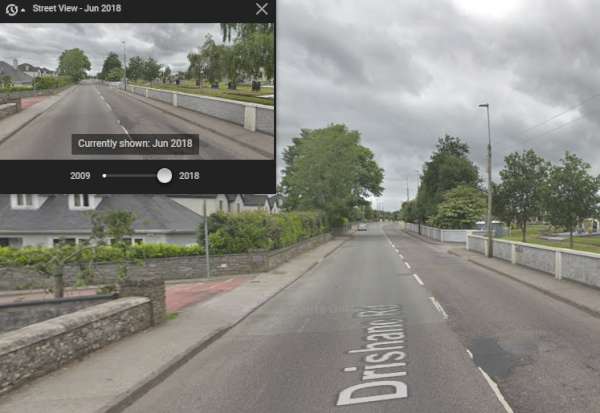 — from Google Maps (June 2018, before the road was resurfaced and relined)

… then Ciara sent us this: 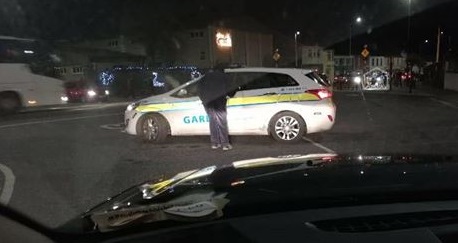 12 thoughts on “Turning your Car at the West End”