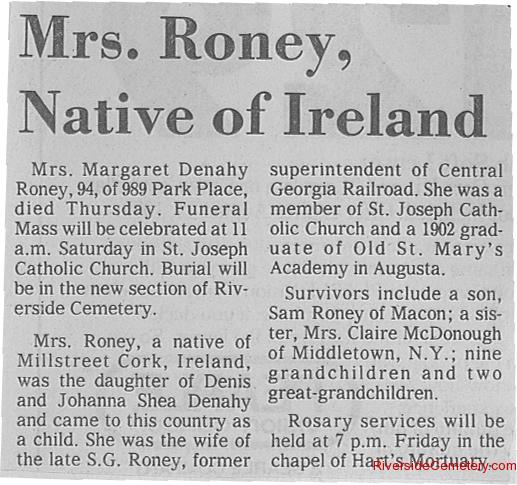 The date of birth are six years too late for Margaret, but comparing it to other instances of the family on ancestry, it is the correct family. no-one seemed to have the proper baptism and birth records.

It turns out that Margaret was a month over a hundred years when she died!

Please see the bottom of this article for the notes on branching out the family to find relatives in this area.

Parents: Marriage of DIONYSIUS (DENIS) DENEHY of ADRAVAL and JOHANNA SHEA of KILLMEDY on 13 February 1877 Parish/Church/Congregation – MILLSTREET
Denis the the son of John Denehy and Margaret Murphy of Curragh
Johanna is the daughter of Tim Shea and Catherine Kenny of Cloundrohid

Birth of JOHANNAH DENAHY in 1883

Marriage of Denis Denahy and Johanna Shea in February 1877 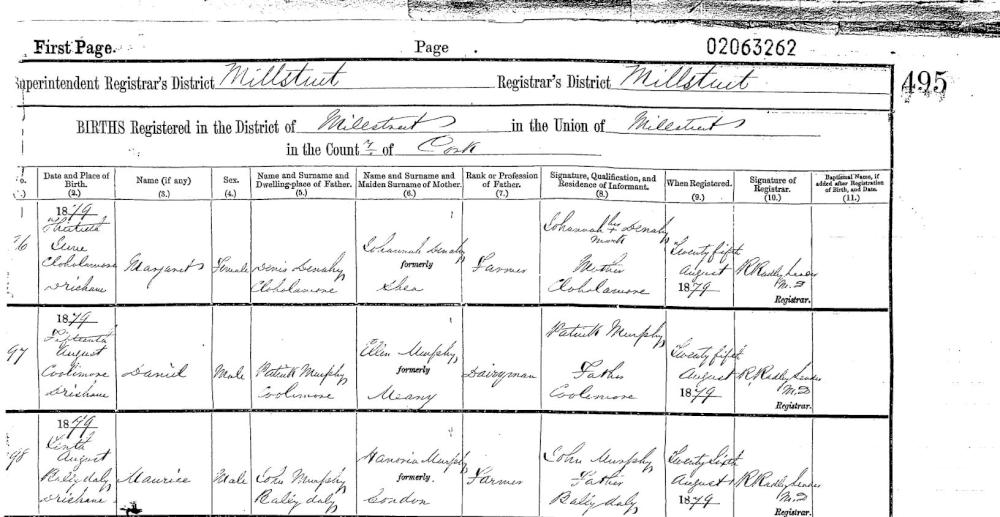 Birth of Margaret Dennehy in 1879

The Dennis and Johanna “Hannah” Denahy family arrived in New York on 27 Apr 1891 from Queenstown, Ireland aboard the RMS City of Chester. The children were John, Maggie, Katie, Hannah and Bridget. – [Find a Grave] 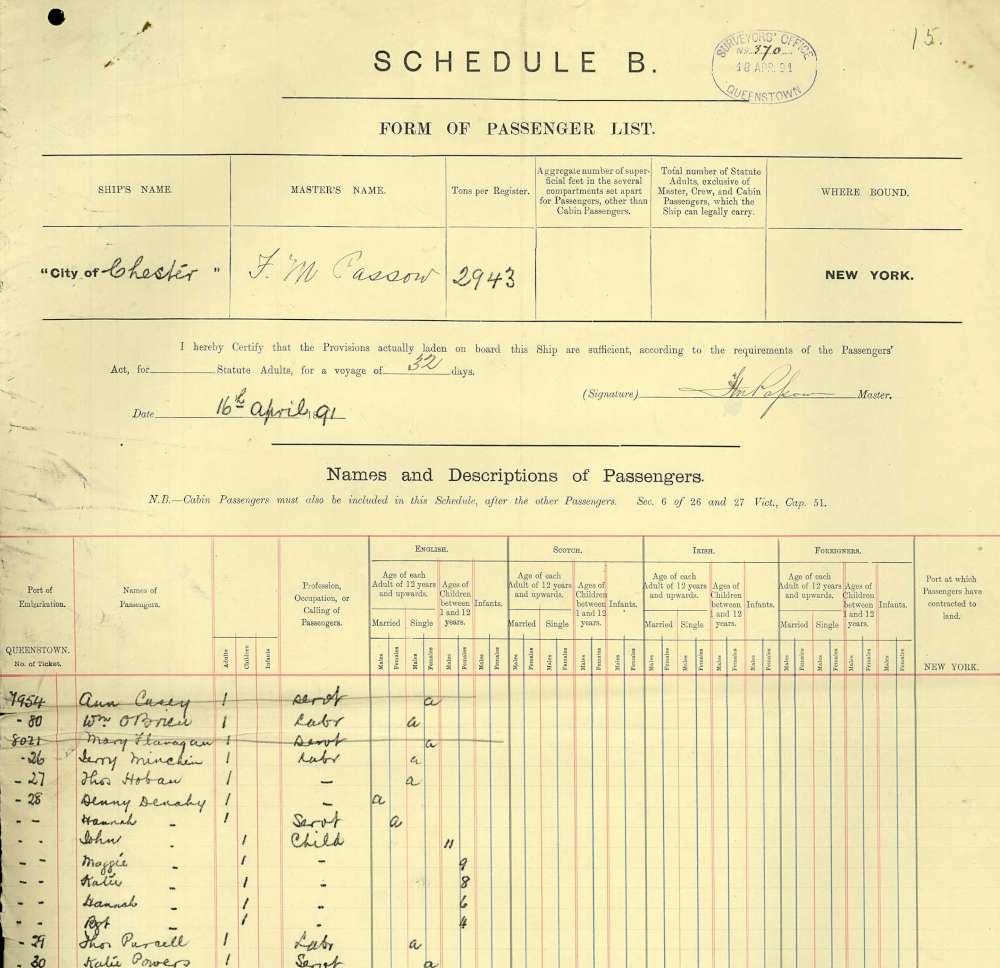 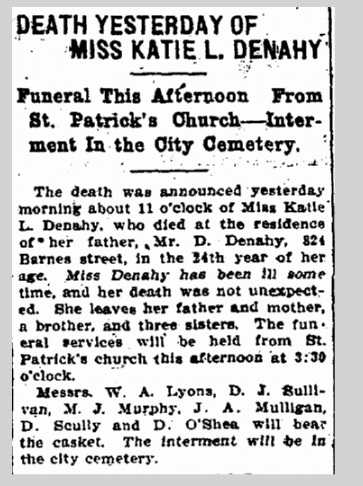 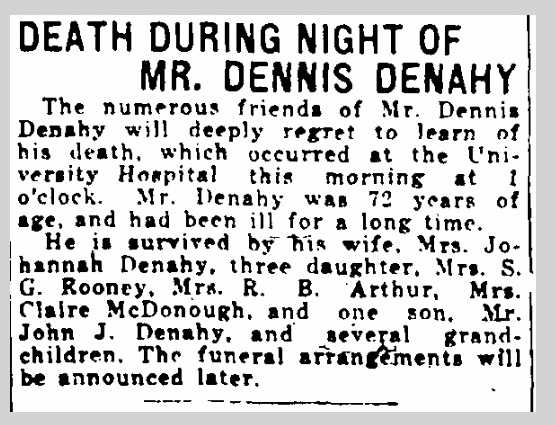 Kilmeedy, Cloghoulamore, and Adrivale are the locations shown in the records (above). Mhey are south of Millstreet, off the road to Macroom, all within a range of a two miles of each other.

Branching out the family & Tracking down relatives.

The nearest branch in the family would be from Siblings of Margaret’s parents Denis and Margaret. Only one was found,

Denis’s sister: Marriage of CORNELIUS LEARY of ADRIVAL and MARGARETTA (MARGARET) DENAHY of CURROGH – on 22 February 1867
Margaret’s parents were John Dennehy and Margaret Murphy, the same as Denis above.
Con’s parents were Daniel Leary & Catherine Murphy of Adrivale, matching these details on Penjdnick’s profile on ancestry, which also lists Cornelius’ siblings as:

See also: Patrick O’Leary’s ancestry profile, who is a descendant of Peter

1901 Census: Residents of a house 6 in Curragh (Coomlogane, Cork)

Death of CORNELIUS LEARY on April 14th 1906, aged 80, in Curragh. Son Daniel with him at passing.
Death of MARGARET LEARY on December 19th 1907, aged 82, in Curragh. widow of Con Leary, son Daniel present at death.

1911 Census: Residents of a house 6 in Curragh (Coomlogane, Cork)

Marriage of Thomas Bradley of Droumree, Macroom and Margaret Leary, Curragh on 09 September 1939

Marriage of Abina Leary, Curragh and Michael Twomey of Kilnamatra on 06 July 1941

TODO:
We think that Denis Leary (b. 1914 (above)) lived at the house in Curragh [map]. He married (wife’s name?). On of their sons Danny (of McCarthys Electrical Store) still lives there since retiring, and his family live locally also.