Last weekends Imokilly Mini Stages Rally produced some great results for the local crews that made the trip to East Cork to compete in what was a very tough and challenging Event in dry but very warm conditions,there was Success for Mike P Kelleher/Iarla McCarthy who emerged victorious in Class 10 in there Mark2 Escort who in turn were closely followed home by Denis O`Brien/Ryan O`Brien Opel Corsa who finished 2nd in the Class just 29 seconds further back to make it a Millstreet domination of the Top 2 places in Class 10,there was also success in Class 9 for Derry Collins/Declan Casey in there Vauxhall Nova who won there Class quite comfortably after a fantastic Run,unfortunately there was no luck for Don Moynihan/Sean Collins from Cullen in there Ford Escort who retired on Stage 2,the Rally was won by David Condell in his Ford Escort following the retirement of Barry Meade in his Mark2 Escort on Stage 5 while leading the Event comfortably,meanwhile at the other End of the Country last Saturday on the Down Rally Ballydaly Co-Driver Liam Moynihan who along with his Driver Desi Henry in there Skoda Fabia R5 had a great result to finish the Event in 2nd place overall,after 11 tough stages the Skoda Crew finished just over 20 seconds behind Event Winner Johnny Greer who was competing in the latest version of the Citroen R5. 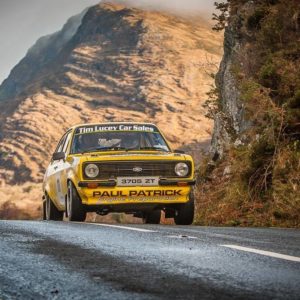 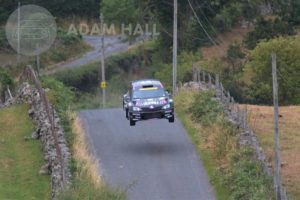 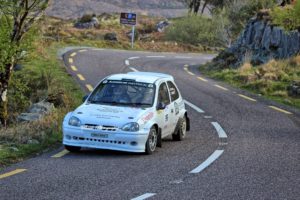 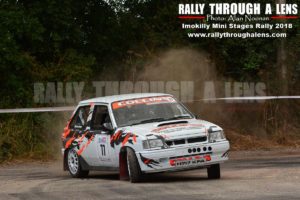