On Wednesday, 13th June 2013 (Feast of St. Anthony of Padua) Millstreet Camogie Team extended a royal welcome to Cork Hurling Star Supreme – Alan Cadogan  who participated in a most impressive coaching session followed by the signing of an enormous number of autographs and standing in for numerous photographs.   Alan was most generous with his time, his interest and in his advice.   The overall event was kindly sponsored by CAB Motors, Cork and Millstreet won the recent competition on Facebook with the most “likes” with Deirdre Looney and her Co-workers coordinating the successful project.   Later we shall upload a full pictorial feature but here we share the overall Team Photograph with Alan Cadogan.  Despite the wet and windy conditions in the Town Park it was a most enjoyable occasion with an excellent Barbeque provided by Tony O’Brien and his Team.  Click on the image to enlarge.  (S.R.) 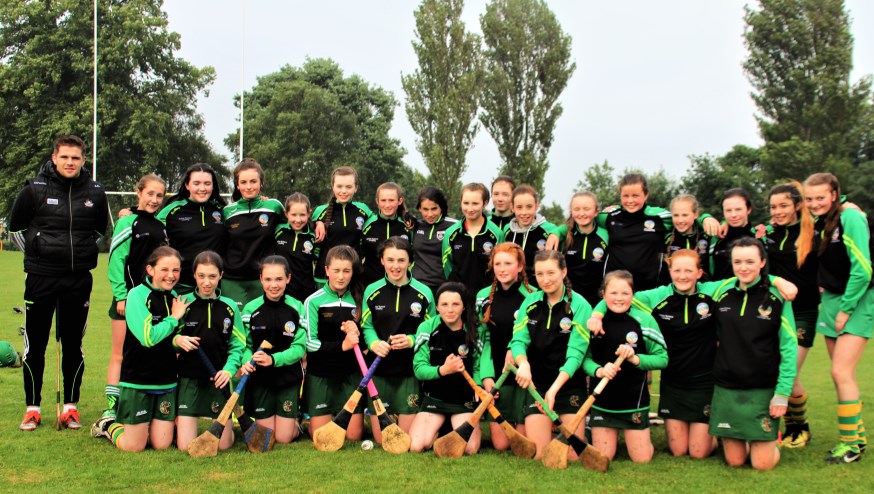