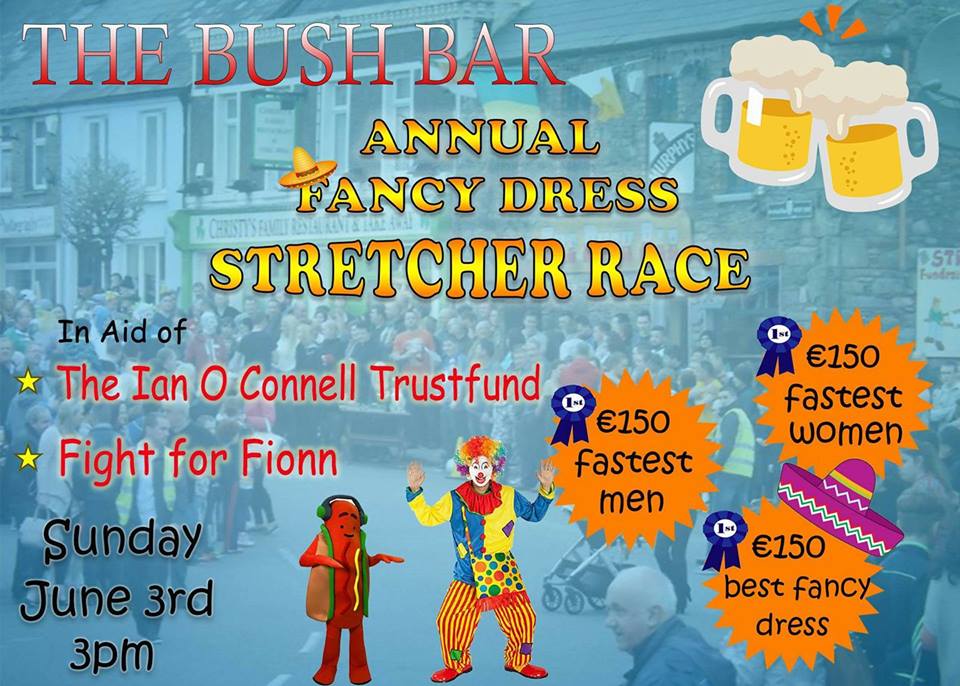 16-year-old Ian O’Connell fell from his bike in Killarney National Park, sustaining damage to his neck and spine. The popular young sportsman is undergoing occupational therapy and physiotherapy at the rehabilitation centre in Dún Laoghaire.  A trust set up to help a Killarney teenager who sustained a life-changing injury last August.

Teams of 5 €50 . All you need is a halfway decent stretcher, a good pint drinker with a strong stomach, 4 people to carry them and some sort of fancy dress outfit

So if u would like to put a team in get in touch. Would you also please share with your friends.

😁
We would really appreciate your support.

Watch Ian on the Late Late Show on the RTÉ Player here.

Join in the fun to help Ian and Fionn (the Corkman, June 1st)