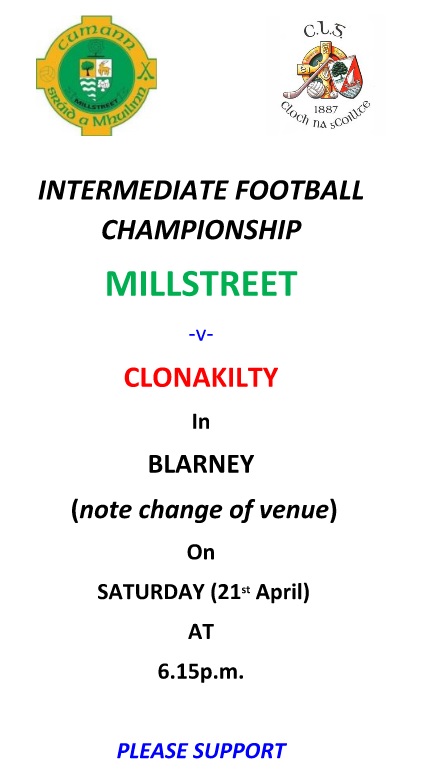 Playing against the breezein the first half, Millstreet controlled most of the game, and limited  Clon to half chances, but struggled at times to move the ball inside their 45 in order to score freely. Saying that, we deserved to be well ahead at half time as we led by 6 points to 1 a few minutes before the break, but a few lapses of concentration saw Clon score 1-2 to see the half end level 0-6 to 1-3.  A goal straight from the throw in in the second half marked the beginning of one way traffic, we cut through them with long kick passes and really should have had three or four goals. What was also nice to see was that the subs offered strength in depth as those brought on did a good job. A good evening’s work, but stiffer tests lie ahead.

The added bonus is that the match doubled as a Division 5 league game, which makes for nice reading, even if it is early days.