Just over a hundred years ago, on or about March 23rd 1918, another Millstreet man was killed in World War One. He was John Cremin, a gunner with the “C” Battery of the 79th Brigade of the Royal Field Artillery, and was killed on Flanders Fields, near the French / Belgian border. He is one of 35,000 men who died in WWI near Arras that have no grave, but whose name is listed on Bay 1 at the Arras Memorial.

But, we know little else about him, other than he was from Millstreet. Does anyone know who he was, or where he came from? or anything else.

So who was he?

I have found no account of his age or parents. There are only 6 John Cremins registered as being born in Millstreet, of possible war-going age.

My instinct would say that John Cremin born 1894 is the most likely because  of his age, but it is written that he was “John J”, so it is also likely the John born in 1875 in Bolimore, because at the time, a boy’s second name was usually the father’s first name.

Unless someone actually lets us know, we may never know 🙁 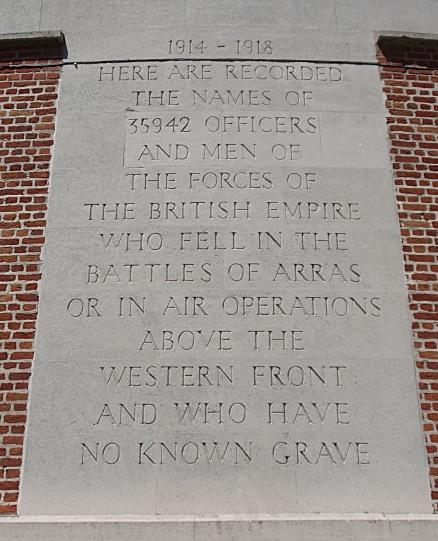 Medal Index Card: Sadly, I think that this card implies that the family “requests authority to dispose of medals”.

Who is the Anne O’Callaghan whose effects were left to?

Birth of Julia Callaghan in 1899

From the above, I’d say that Anne was possibly the daughter of Philip Cremin and Julia Buckley of Rathcoole, born in 1869.

I wonder if the John Callaghan (in the 1901 census above) was actually our John Cremin. He may have been born before they married, and the father seems to have disappeared, so it’s possible that he was baptised Cremin? If so, the Anne Callaghan that he left his effects to was likely his mother. 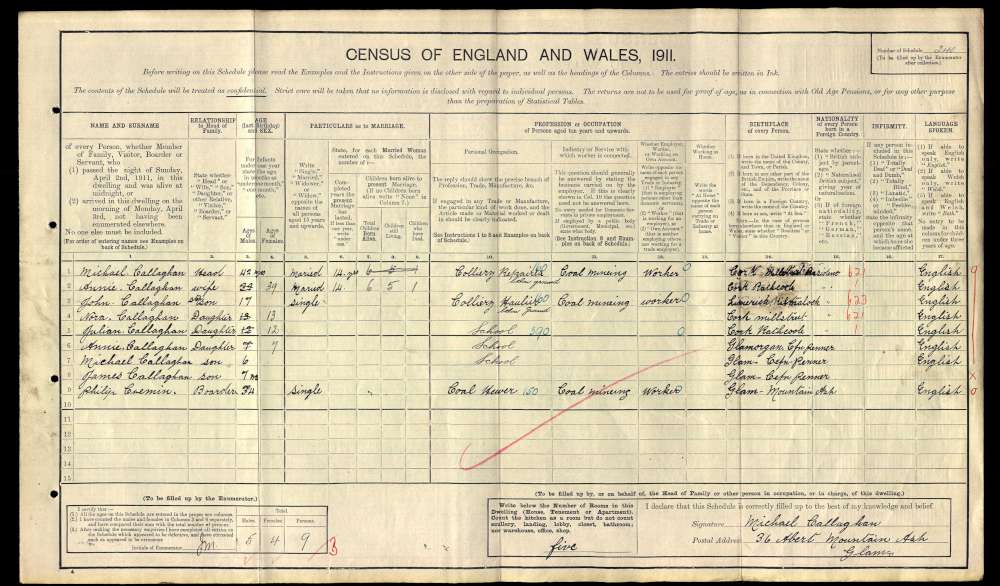 Mary found the family in the 1911 census  with an address of 36, Albert, Mountain Ash, Glamorgan, Wales (census document is above).

It notes that they had three more children in Wales, and that they have a boarder named Philip Cremin, That Michael Callaghan was born in Millstreet, that Annie Callaghan was a native of Rathcoole, that the family were all involved in the coal mining industry (John was a coal haulier), but crucially, John is noted as a step-son who was born in Kilmallock.

Following this up we find that John was born to Annie, a single mother, on April 11th 1893, in the Kilmallock workhouse.

I wonder if this is the same Michael Callaghan that was in and out of prison in Merthyr in the 1890s & 1900’s?

The family moved to Toronto after the war. These are parts of his pension records, which shows that the family moved from 47 Clarence Street, Miskin, Glanmorgan, to 218 Clinton St, Toronto, Canada. 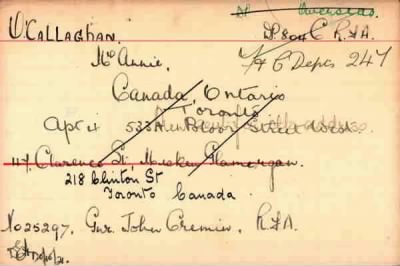 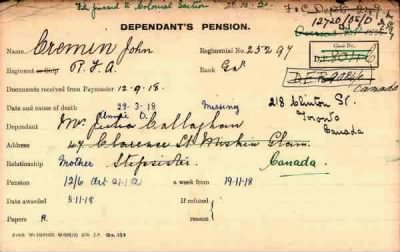 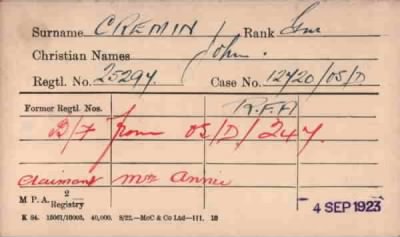 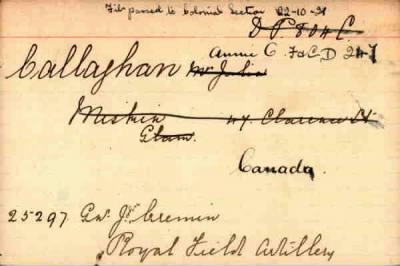