It’s been a few years since we had a proper snow day in Millstreet, so when the opportunity arose on Friday there was a fine crowd, young and old, keeping up the tradition of tobogganing down the Deer Park.
They came early though. It started snowing about 10pm on Thursday, and by 1am there were a dozen or more already on the hill. And they came in big numbers on Friday and Saturday. On Sunday, the melt had begun, and only two were spotted on the hill, but only for a few minutes as they obviously discovered what sliding down on wet snow was like !

Of course tobogganing happens on other hills too. This was at Liscahane

Activity once again on the hill ❄️ #snowday #millstreet pic.twitter.com/qCWpXRyrwF 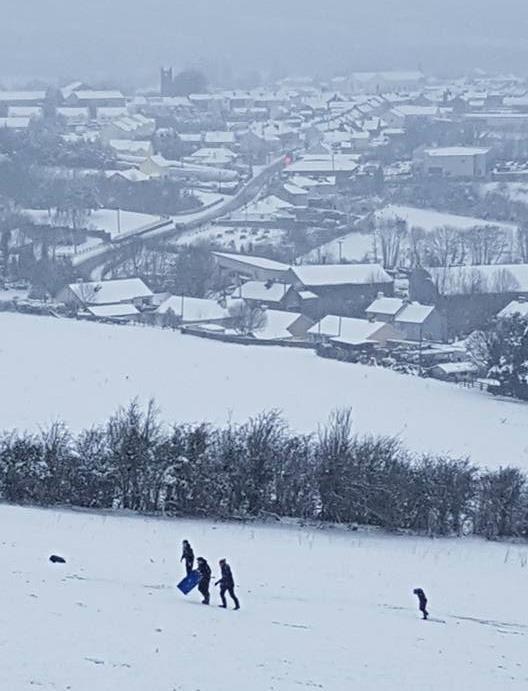 1 thought on “A Snow Day Tradition”