In 1995 when the Cranberries were selling albums as fast as they could be manufactured, the Cranberries biggest show at home on the the No Need to Argue Tour was in  Millstreet. They shook the Green Glens that night, before resting in Limerick for a few weeks ahead of two months touring in Europe and the USA.

Four years later, their next Irish gig was also in Millstreet, and it was another fabulous night in the Green Glens, as they played all the crowd favourites mixed with new songs. Endearing happy memories of two special nights in Millstreet, which vividly stick in the minds as for many it was their first big concert (see comments below).

So it is with sadness that we hear of the death of lead singer Dolores O’Riordan this evening. Our prayers and thoughts are with her family and friends. 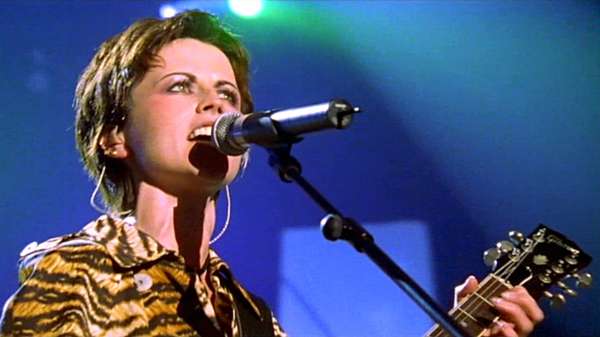 First concert I saw in Millstreet back in 1994 I think. Always a fan of their music since. So sad at such a young age. #RIPDoloresORiordan

So sad to hear about Dolores O’Riordan. I saw the Cranberries play in Millstreet in 1999 when I was 17. It was the first proper concert I’d ever been to by a band that I loved. It was brilliant. She was brilliant.

So sad to hear of the passing of Dolores O'Riordan RIP @The_Cranberries my 1st concert in Millstreet when I was -15 or 16. Nothing like the massive Zombie sing song recently at The Hacienda- brought us back. Pity she wasn't able to linger a while longer.

Vividly remember the Green Glens in Millstreet circa 1994 and loving every minute of Dolores' performance. We were lucky to have such star quality in our midst. RIP.

Saw them live so many times. Millstreet (my first big concert). Great Woods. The Point. Vicar Street. Hammersmith Apollo. Koko Club. Think I have the set list from Vicar Street at home some place.

Deeply saddened to hear of Dolores O' Riordan's untimely passing. She was my singing idol, my first concert was to see The Cranberries in Millstreet 1999.12.11
Thank you for the music, your style, your voice, your originality x #RIP https://t.co/7uE3whGhAk

OH say it ain't so "Dolores O'Riordan"…. Thinking of my birthday at Millstreet arena seeing the Cranberries three days before the leaving cert. #Dreams you sang it to us

My first ever concert was The Cranberries in Millstreet. I was about 14. My dad drove me & 2 of my friends down and we snuck off to try & get pints. Ordered 3 Smithwicks for some reason&had to choke them down before he saw us. Dolores blew the roof off the place. She was amazing

Shocked to her of the death of Dolores O’Riordan. My first concert was to see The Cranberries in Millstreet cira '95. RIP.

So sad to hear of the passing of Dolores. Will never forget seeing them live in Millstreet. RIP Dolores https://t.co/Qqt5D4TSFu

Cranberries: one of the best live gigs I have ever been at in ‘99: Millstreet, Cork. Sincillating, chilling, breathtaking – what a voice! https://t.co/nOnw92GtzV

You can hear the interview with Ralph (as mentioned above) in the C103 podcast for the Today Show January 16th 2018 here (from 31:10). (millstreet.ie even got a mention)

My first ever gig was @The_Cranberries in Green Glens arena in Millstreet back in 1995. Thinking about all the happy memories listening to their music over the past 2 days. So very sad for Dolores’s family and friends. Another legend gone, RIP

I was Lucky to have Photographed Dolores O'Riordan and the Cranberries in Millstreet in 1999, it was a great concert , she was a True Legend in her time, RIP Dolores pic.twitter.com/5Jk5NRbC1V

I hope that she didn't suffer, she was such a beautiful person. About 20 years ago I rode my bike 50 miles to Millstreet, Cork to see @The_Cranberries It was such an amazing experience! I'm sure that Delores could hear me singing "Zombie" I was entranced and loving it! R.I.P pic.twitter.com/3bqnTyF6n6 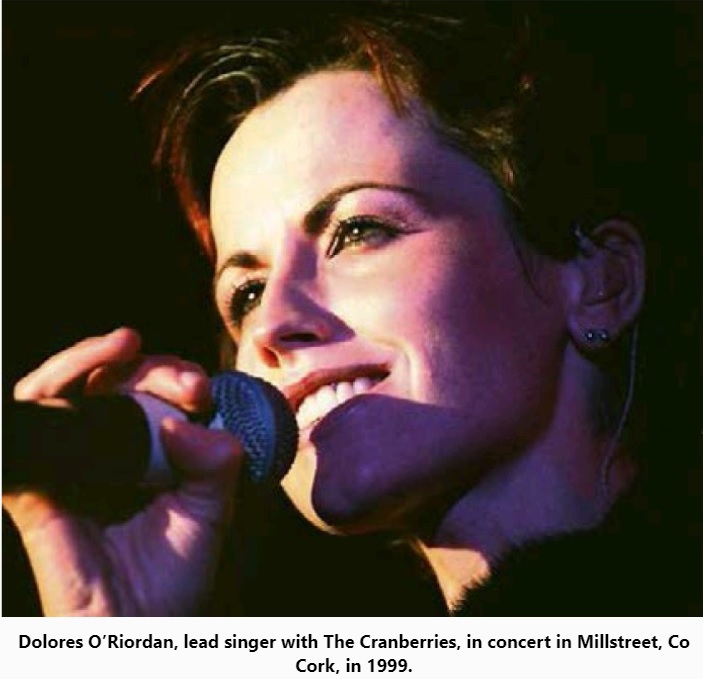 CRANBERRIES are best at Christmas, as Dolores O’Riordan and her chart-topping band proved by a scintillating performance at Millstreet’s Green Glens Arena.The Cranberries – making their first Irish concert appearence in almost two years – on Saturday night savoured a brilliantly-lit set, some enthusiastic Shannonside support from D’Unbelievables and a crowd thrilled simply to hear their heroes.

With D’Unbelievables raising the tempo, The Cranberries clearly viewed the North Cork equestrian arena as a “home” gig. Limerick, after all, is a mere 15 miles away.

At 9 pm the sell-out crowd’s anticipation was finally ended when Dolores – wearing a blue and pink mini-skirt, fashion top and black boots – raced on stage.

Taking their cue from the crowd’s exuberance, The Cranberries rocked their way through a selection of favourites and new material.

If anything, the ‘Berries demonstrated just how long it’s been since an Irish audience was able to fully appreciate the true talents boasted by this Limerick band.

But perhaps the highlight of the gig came with a wonderfully atmospheric acoustic number with Dolores showing motherhood has, if anything, enhanced her fabulous vocals.

The band can now face into a quiet Christmas before, in the New Year, resuming a hectic worldwide tour to promote their new album.

The gig was hosted in Millstreet because of the unavailability of a suitable Dublin venue.

But, for once, Dublin’s loss was most certainly rural Ireland’s gain [Irish Independent – December 13 1999]