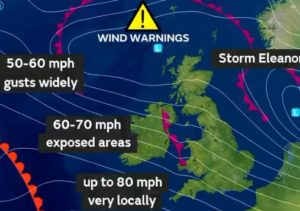 Storm Eleanor will be passing over Ireland today, and it looks like we’re in the firing line again, thought probably not too bad this time, with gusts of over 100km/hr forecast for Millstreet in the afternoon.

Weather wise it was a strange new years day, with lovely sunshine in the morning, broken by fierce showers of hail. We had the brightest moon of the year (the ‘wolf super-moon’) early after dark, and then unusually the clouds all lined up  in parallel lines (what appear like roll clouds), a noted effect of an approaching storm 🌬️😨 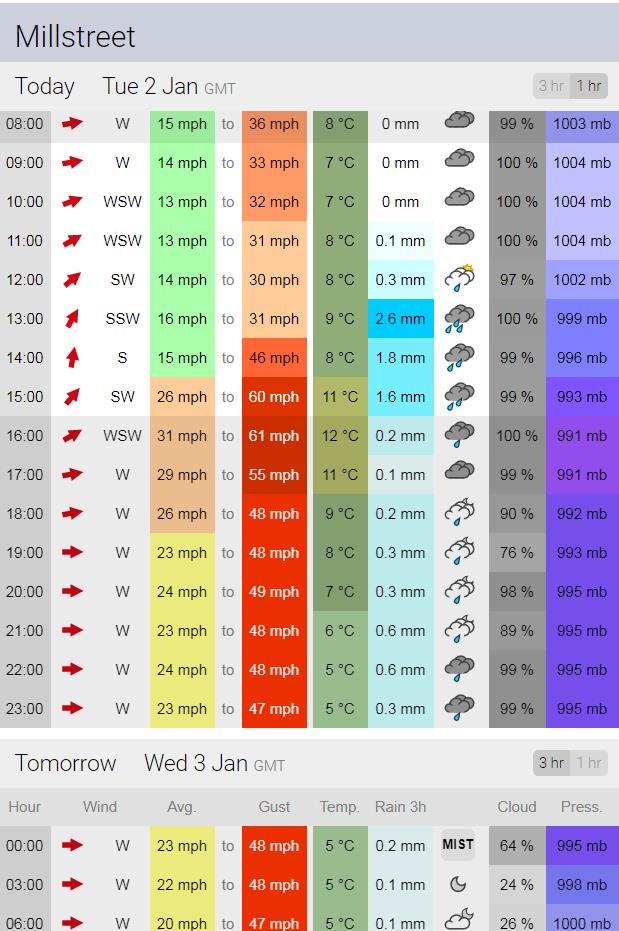 #StormEleanor has officially been named by @MetEireann. Eleanor will track across parts of Ireland Tuesday Evening but will then bring strong winds across parts of the UK through into Wednesday pic.twitter.com/m8zYKu1YDd