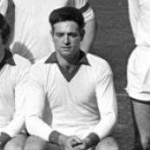 Such as a few missing teeth, black eyes and bloodied nose
Though Humphrey as a boy did not wish for to make for himself foes
As a champion young male of the schoolyard sometimes his title he had to defend
And that there are always pretenders why even pretend

Humphrey Kelleher the strong boy of the schoolyard of Millstreet in the late fifties is at rest today
He has returned to Mother Earth as some do like to say
Though the breath of life from his mortal body has gone
In all who knew him great memories of him living on.

“The Strong Boy Of The Schoolyard” is by Francis Duggan
http://francisrhymer.blogspot.ie/2017/05/the-strong-boy-of-schoolyard.html