Let’s have look back at this day twenty four years ago, May 15th 1993, and we’ll never forget the XXXVIII Edition of the Eurovision Song Contest which took part in the Green Glens Arena, Millstreet. Watch the videos below with the voting (with Terry Wogan of the BBC), and the full show (Norwegian commentary), or look at some of our other memories from the 1993 Eurovision. 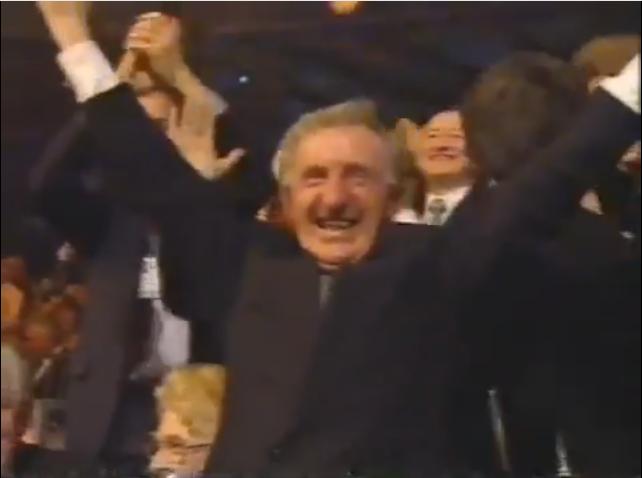 An iconic still of Noel C. Duggan celebrating Niamh Kavanagh’s win at Eurovision 1993. His wife Maureen can just be seen still seated on his right, while the now President of Ireland Michael D. Higgins seen behind him. 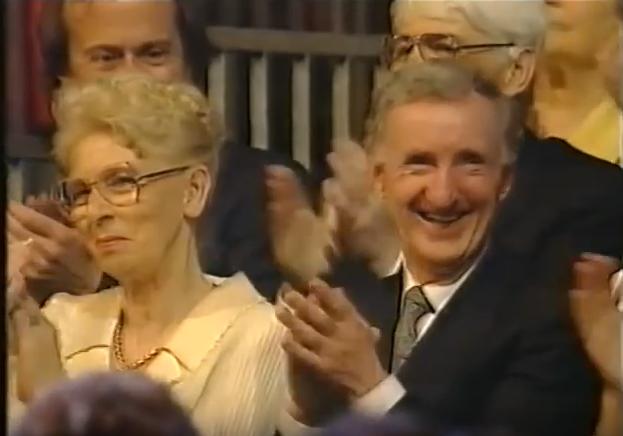 Maureen & Noel C.Duggan at the start of the show

@ditisjesse In fairness we only claim the smallest town to host the eurovision, not the most westerly. we'll probably keep that record 🙂

ESC 2018 at MEO Arena will be the most western ESC ever, but Millstreet, you were so close. #eurovision1993 #eurovision2018 pic.twitter.com/dJb7IWeJi2

@niamhkavanagh93 @RandomCorkStuff @millstreet_town Big logistical plan ! But I was left in a pub in Millstreet! You were mighty Niamh, super voice …cant look at #eurovision now