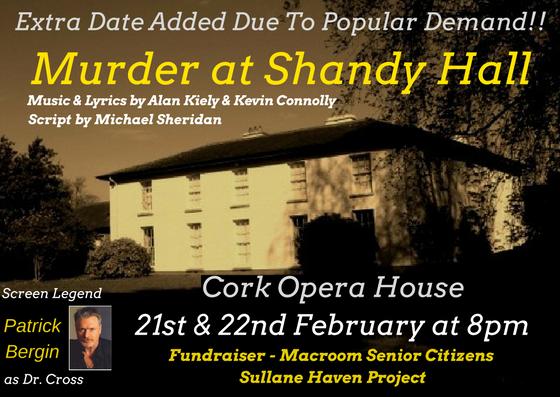 Having sold out on its debut in Cork Opera House, Ireland’s first murder mystery musical starring Patrick Bergin returns in February 2017. A powerful and original period drama based on a true crime in Victorian County Cork in 1887 and a cast of real characters including a cruel killer; a beautiful governess; a betrayed wife; a canny and clever detective, a brilliant pathologist and a notorious hangman. This production is written and directed by Michael Sheridan based on his best -selling book with music and lyrics by Cork men Alan Kiely and Kevin Connolly.

This local production will also act as a fundraiser for Sullane Haven – A Macroom Senior Citizens Project. Details and booking at CorkOperaHouse.ie