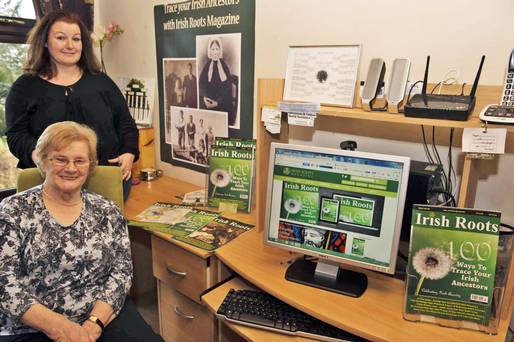 The editor of ‘Irish Roots’ magazine is Maureen Phibbs. The name, says Maureen, is supposed to be from England but the family has been here in Lacken near Blessington for at least two centuries. During that time, they have farmed the same hilly holding in the same townland where she now lives and works in a tidy bungalow next door to the original farmhouse.
She took the slightly unusual surname on marriage to Pat Phibbs, as she was brought up a Hickey from near Millstreet in Cork.

She reckons that the interest in genealogy which she pursues through the magazine reflects her growing up in Munster.
‘The old people spoke for hours at the fireside,’ she muses, recalling the days when she sat and listened to her elders. ‘They knew who everyone was connected to.’ There, in brief, is the essence of the hobby which she now pursues as a business – it is all about connections… Read the full interview on the Bray People