At the age of just 19 Mick Kennefick was the captain of the Cork Hurlers that won the All Ireland in 1943. He played with the ‘Barrs and was an immense talent, but unfortunately he broke his hand soon after and never played again. He was a carpenter by trade and was involved the rebuilding of the Mill in Millstreet after the fire in 1950’s. In the 60’s, he became a woodwork teacher and moved to Cullen where he taught for a number of years in Kiskeam Vocational School and Cullen, as well as doing some work for Noel C. Duggan builders. He was principal in Kiskeam until it closed in 1971, whereon he moved to become principal in Midleton. One of his daughters stayed and married in Aubane.

This week, Cork Hurling History resurrected a brilliant article on his life that appeared in the Cork Examiner some time ago. You can read it below:

Was asked a question about Mick Kennefick and came across this excellent piece in the Examiner (the spelling of his surname had only one n). A great read about a hurler with a hugely promising career that was cut way too short by injury at age just 19 #corkhurlinghistory pic.twitter.com/VKbLYR2n6T 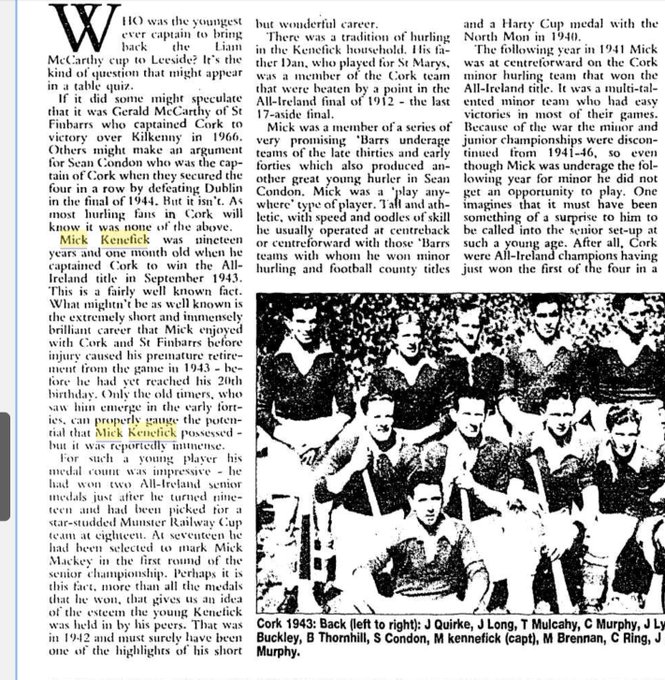 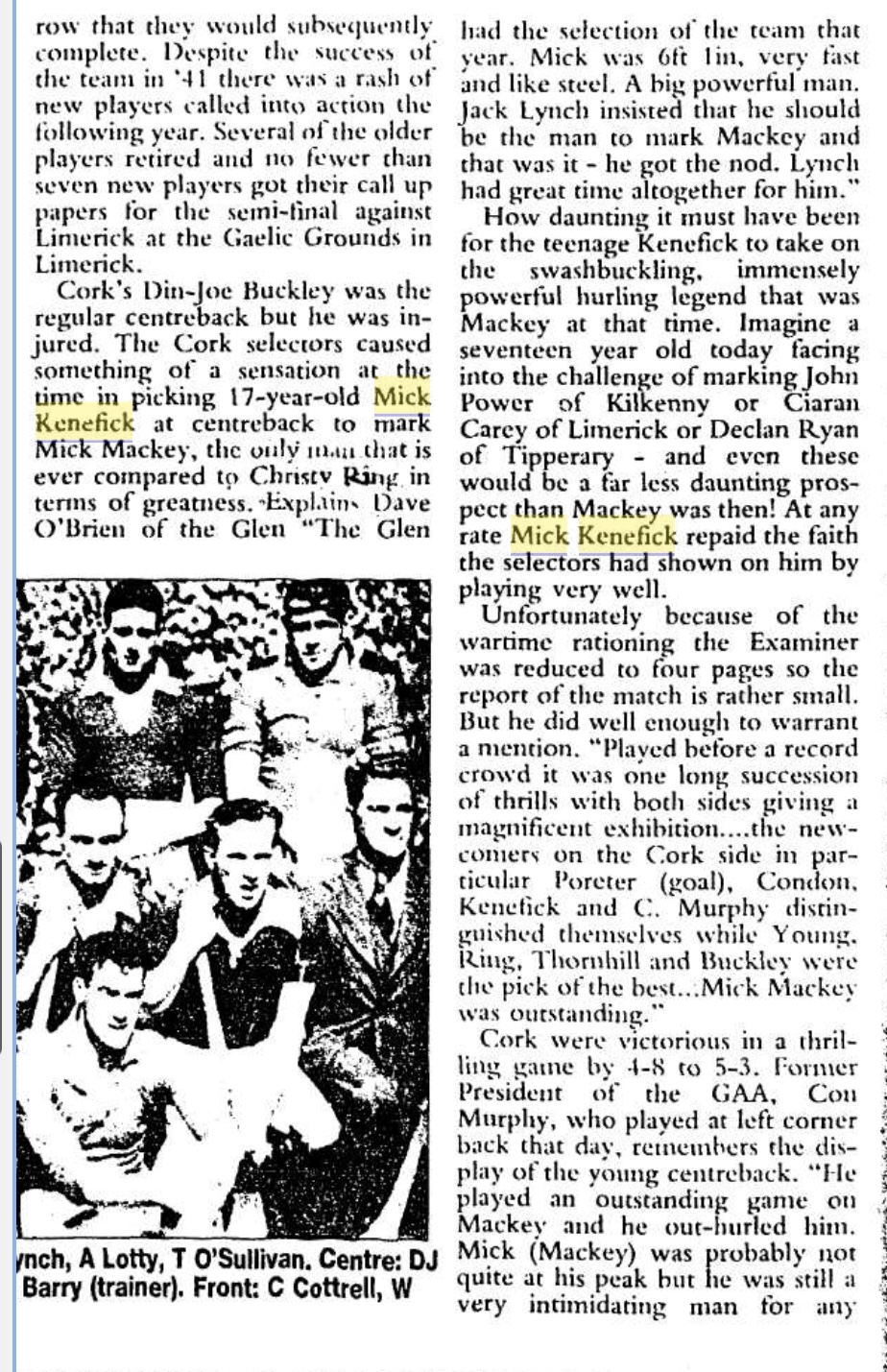 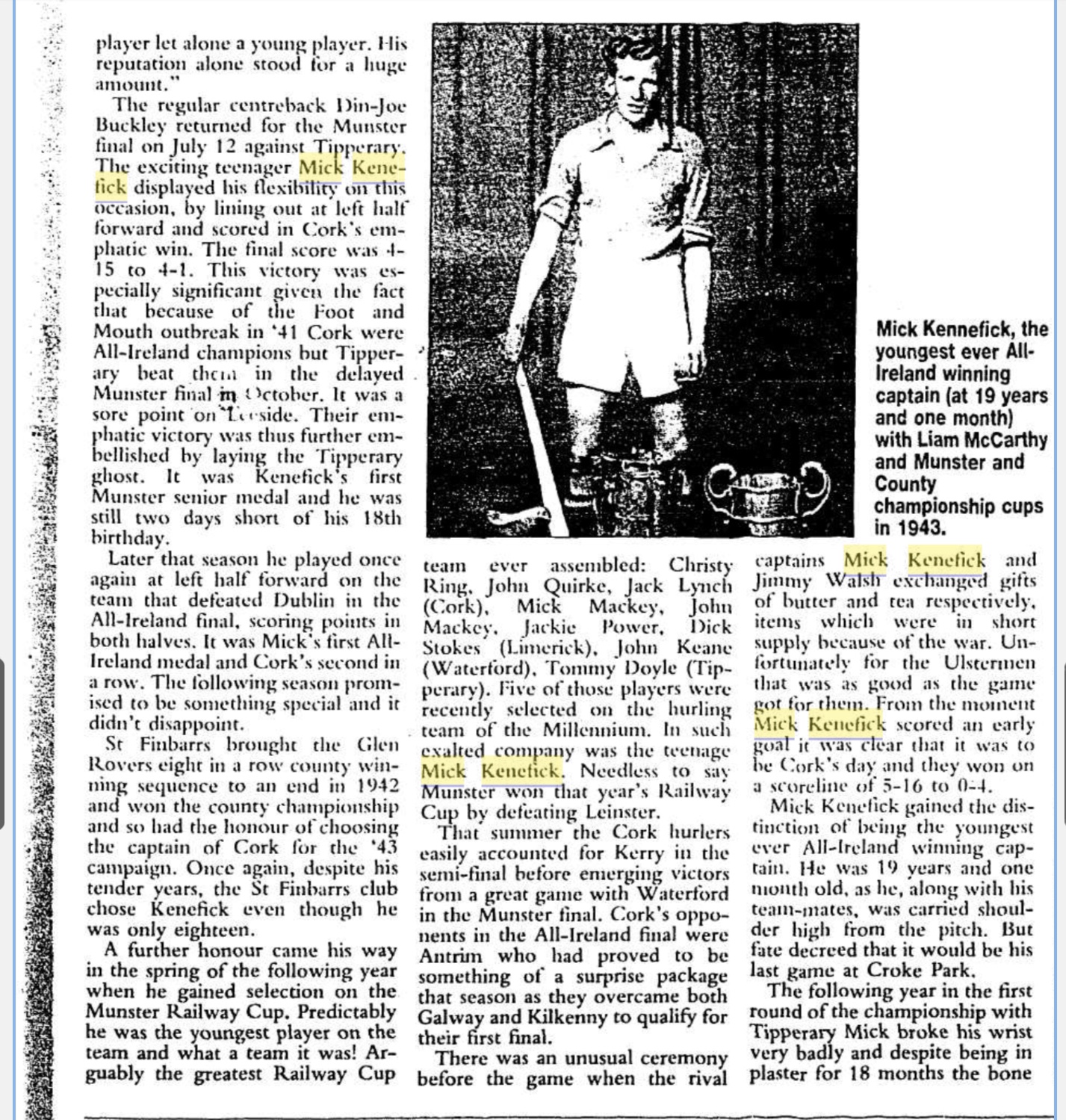 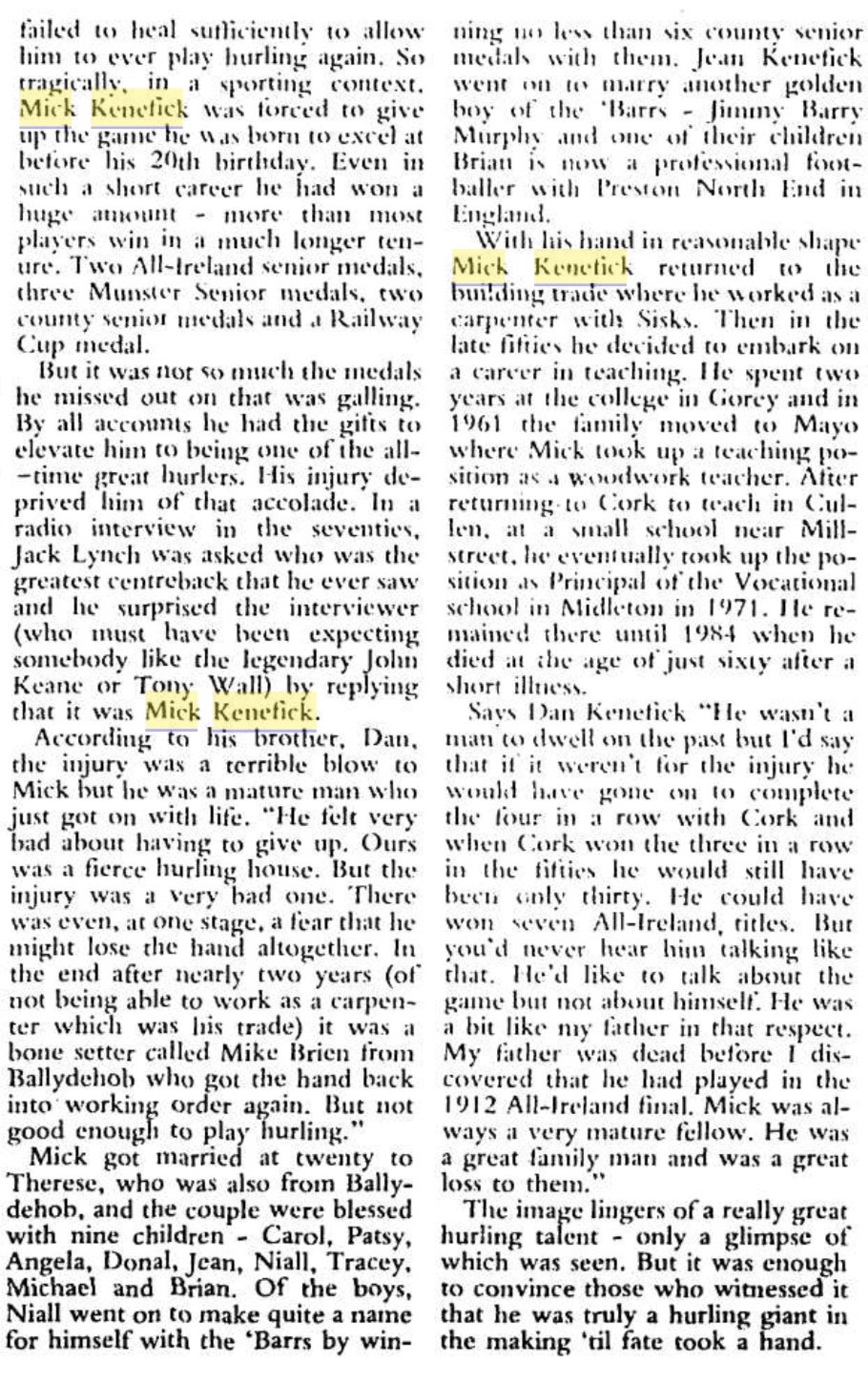 The 1943 All-Ireland Senior Hurling champions, the Rebels defeated Antrim, the first team from @UlsterGAA to reach the hurling decider. This was @OfficialCorkGAA first three in a row since 1892 – 1894 and the team captain was 19-year old Mick Kennefick of @the_Barrs pic.twitter.com/piCFzJabFS

… With his hand in reasonable shape Mick Kennefick returned to the building trade where he worked as a carpenter with Sisks. Then in the late fifties he decided to embark on a career in teaching. He spent two years at the college in Gorey and in 1961 the family moved to Mayo where Mick took up a teaching position as a woodwork teacher. After returning to Cork to teach in Cullen, at a small school near Millstreet, he eventually took up the position as Principal of the Vocational school in Midleton in 1971 he remained there until 1984 when he died at the age of just sixty after a short illness.
Says Dan Kennefick: He wasn’t a man to dwell on the past but I’d say that if it weren’t for the injury he would have gone on to complete the four in a row with Cork and … 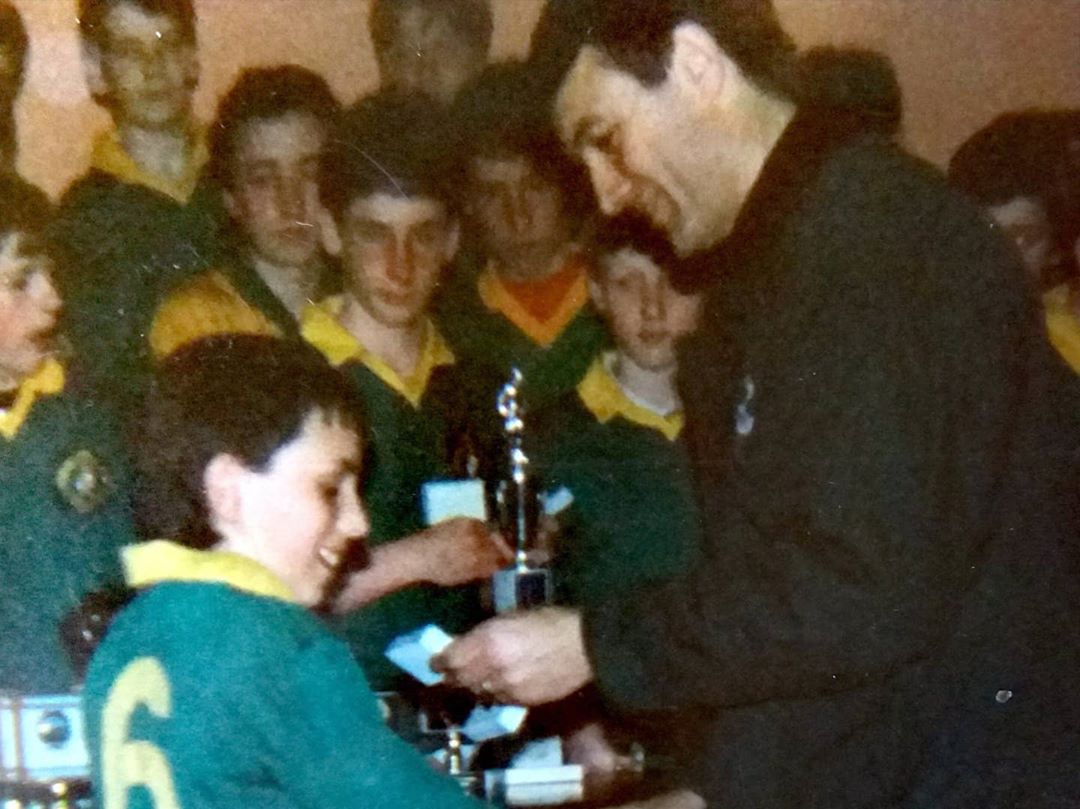 Another daughter of his married the famous Cork sportsman Jimmy Barry Murphy, seen here presenting a trophy to Alan O’Connor in the 1980’s