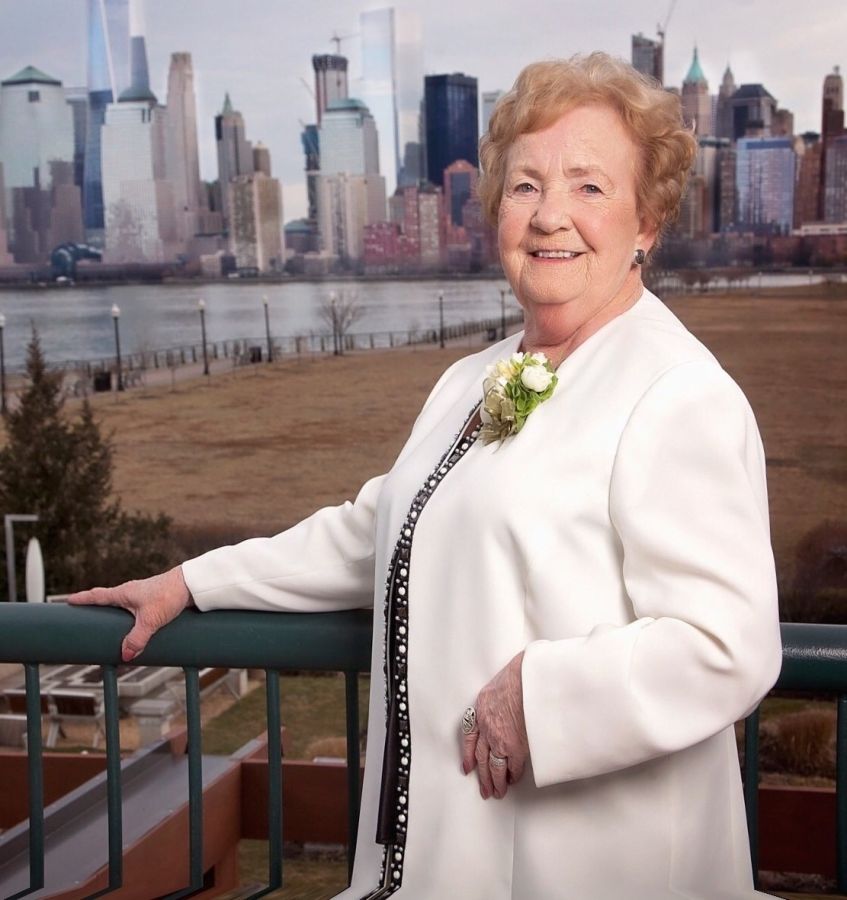 Joan came to the United States in January 1956, where she lived in Staten Island and Bronx, NY. She started her career in banking with Chase Manhattan Bank. Joan continued her career in banking in 1973 with Central Jersey Bank & Trust, where she worked for several years. She then was employed by The Provident Bank in its East Brunswick, NJ, branch, where she became Branch Manager. She rose to the position of Vice President, and retired as such in 2001.

Joan was very active politically, and participated in many local and county political campaigns in Old Bridge and Middlesex County, NJ. Joan was an active Rotarian for many years, as a member of the South River/East Brunswick, NJ Rotary Club, where she served as the club’s first woman president.

Joan was very proud of her Irish roots, and visited her native land many times over the years with her family. During the last several years, Joan spent her summers in Ireland with her siblings, nieces and nephews.
Joan was predeceased by her husband Allan, and by her brothers, Donald and Padraig Lynch and sisters, Nora Murphy and Margaret “Peg” Healy.

Funeral services will be held on Monday, January 27th, at 10:00 am, at the funeral home, with a 10:45 am Mass at St. Thomas the Apostle RC Church, One St. Thomas Plaza, Old Bridge, NJ. Entombment will follow at Holy Cross Burial Park, South Brunswick. For directions please visit our “Services” page. [Brunswick Memorial Home]