To celebrate the 40th anniversary of when it was first blessed, mass will be celebrated at Aubane Grotto next Friday, July 26th, at 8pm. All are welcome. [f] 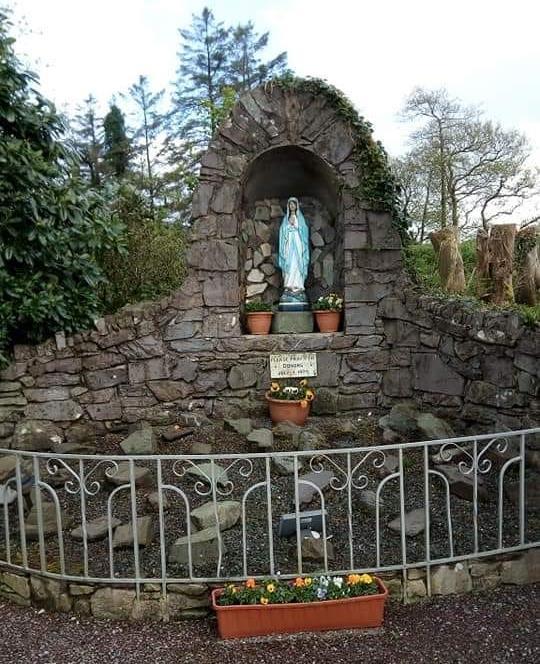 Congratulations to St. John’s GAA Club on their victory in the County Junior C Championship Final today, beating Ballyphehane on a scoreline of 2-9 to 1-5. There will be a big parade this evening in Millstreet from Macroom Road to the St. John’s pitch on the Station Road at 8pm.

END_OF_DOCUMENT_TOKEN_TO_BE_REPLACED

On this week’s edition of ‘Where the road takes me’, John Greene begins a two part programme entitled ‘The Light-keeper’s daughter, and the story of U260.

Our story centres around the scuttling of a German submarine, three miles south of Glandore in 1945, and the arrest of all crew aboard her.

The events are seen through the eyes of Mary Glanville, now Mary mcCarthy a twelve year old schoolgirl  on the Galley Head lighthouse at the time.

Although this submarine was on its ninth patrol when it reached West Cork waters, it had seen very little if any action.

So what exactly was it doing during these patrols, and what reason did the crew have for sinking this vessel of war.  And why has the Captain’s logbook been resealed, and not to be re-opened until the year 2045.

In both programmes we look at the two main theories for her sinking, but can only speculate as to what she was doing in the area on that date.

Both programmes also offer an unique insight into what life was like for rural people during World War 11. END_OF_DOCUMENT_TOKEN_TO_BE_REPLACED