Several units of the Cork County Fire Service spent a number of hours last night attending a scrub and gorse fire on Mushera Mountain … The fire broke out at around 5 o`clock. Units of the fire service from Millstreet, Macroom and Kanturk responded, and the incident was brought under control shortly before 10pm and crews returned to base. [C103]

From the photos and videos above, this is a map of where the fire was. While we will probably never know why it started, we’d like to think that it wasn’t intentional, maybe it was a piece of glass magnifying the sunlight which started the fire,  it is at a very tough sport to get to, but the fire does appear to be along the Duhallow Way walking trail. 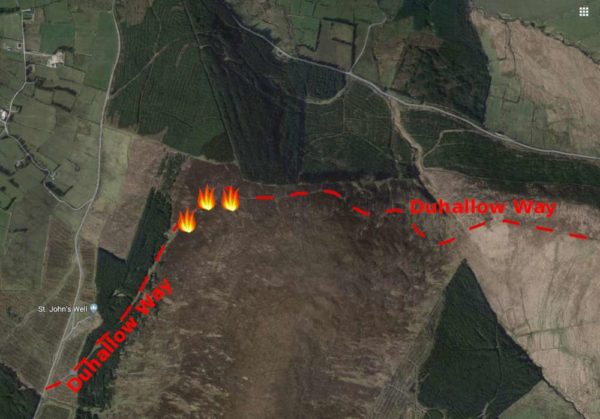