On Easter Sunday, the Diamond Sisters (Marie and Breeda) were on Realta Agus Gaelta, a talent show on TG4 to find Ireland’s most talented family. Here they are performing their latest single “I Wish it Would Rain”. [1]

Following the success of our last music night in December we’ve decided to do it again! This time we are also raising funds for charity. All are welcome to come along. 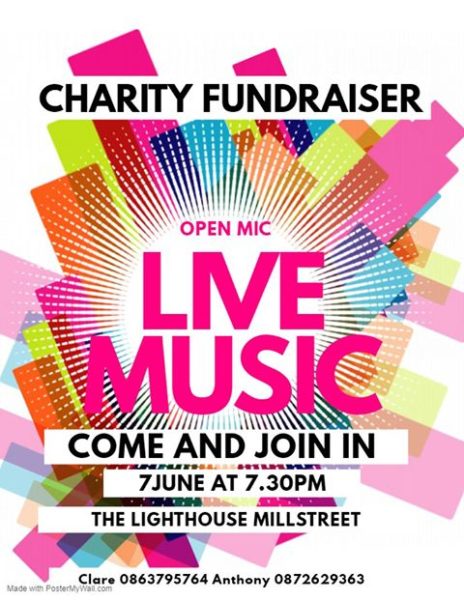 Well done to everyone who cycled the Humpy 100 in Killorglin on Saturday. A challenging route but always a good day out. Good turnout at the club spin Sunday morning. We had three groups out, something for everyone. Well done to our “Couch to ROK” group. They cycled 80 km via the County Bounds.

The Sliabh Luachra Club Sportive takes place on 30th June next with 3 routes to choose from – a 105km or a 75km challenge.  The cycle starts at 9am from Teach Iosagain Rathmore – plenty time to get the training in yet!

Well done to Sean Dineen on his strong performance in round 1 of the Kerry County Time Trial league.

Our juvenile Racers were in Greenmount, Limerick Racecourse once again on Friday last competing in the second round of a three week league. In total we had 10 juveniles taking part which is very encouraging for the clubs future – The final round of the league is on this Friday with a number of podium places to be decided on. Congratulations to Denis O Connor, Ben Murphy, Dinny Murphy, Kate Murphy, Nicholas Buckley and Keenan Dennehy who made the scoresheet in The Fermoy Cycling Club Hennessy Cycles Summer League on Tuesday last and well done to all the SLCC competitors. Thanks to all the parents who supported the club in travelling to the races over the past few weeks.

Training for Juveniles interested in either leisure or competitive cycling continues every Saturday at 9am. 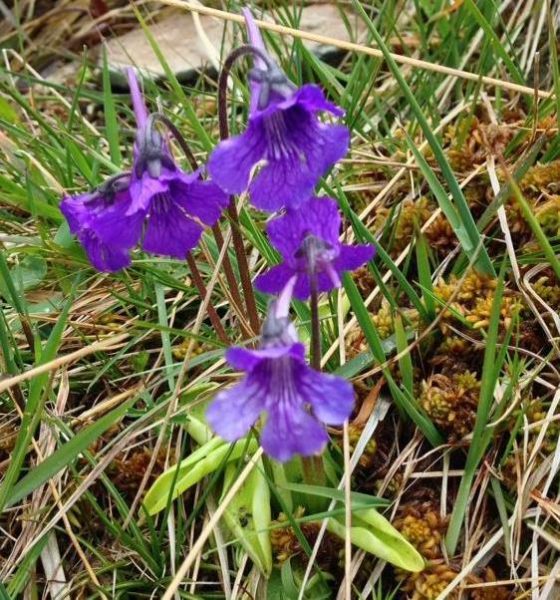 Pictured yesterday at Kippagh is a Large Flowered Butterworth, currently in bloom in the hills around Millstreet. It is a native of the upland acid bogs of Cork and Kerry. While it has beautiful flowers, the leaves below are carnivorous!!  Insects walk or fly onto the leaves, which roll at their edges to prevent escape – an unlikely occurrence – since butterworts possess the strongest natural glues known.  These leaves exude enzymes which digest certain parts of the insect’s body, the plant absorbing essential nourishment. After digestion the dry insect husk blows away. Butterworts overwinter as rootless resting buds. (You can see the insects on the leaves above 💀) [1]  END_OF_DOCUMENT_TOKEN_TO_BE_REPLACED