How Davy Spillane Ended up playing the opening sequence at Eurovision 1993 – from the 2015 book: Ireland and the Eurovision

“… were apprehensive about spending so much time in a remote location. However, according to John McHugh who was head of the Irish delegetion- they had reckoned without the traditional hospitality of Kerry and West Cork, which worked its customary magic.
Everything seemed to be going so smoothly that I was shocked to receive an urgent call from Kevin Linehan the show’s producer, just days before the final. It seemed that the opening act – and Irish star with global reputation – had decided to pull out of the show at that very late stage. I immediately contacted two composers, Ronal Johnston and Shea Fitzgerald, to see if they could write a musical piece at very short notice. I had worked with Ronan and Shea when they had written the signature theme for a seriew that I produced called Nighthawks. Through some technical mix-up, I has listened to that signature piece backwards, and I had liked what I heard – which meant that their theme was played backwards on the show for the next four years. I also contacted Davy Spillane – an uilleann piper whose playing I had long admired. Luckily, Davy Ronan and Shea were all available, and, within a day or so, we were in Shea’s small studio in Monkstown, County Dublin, recordingn the new track that would open the 1993 contest. Davy Spillane was soon on his way to Millstreet – where he would be the first performer to be seen on the Eurovision stage…”

END_OF_DOCUMENT_TOKEN_TO_BE_REPLACED

Anne McCarthy of Boherbue is the Presenter of this month’s “Music Room” programme at Pearse Memorial Hall in Boherbue this Thursday, 2nd May 2019 at 8:00pm.  All are very welcome.   And Millstreet Gramophone Circle takes place on Friday, 31st May  in Millstreet Day Care Centre at 8:00pm where our Bealtaine Presenter will be Michael Drew of Boherbue.   Everyone is very welcome.  (S.R.)

“Tomorrow evening, 2nd May at 8.30 pm – 9 pm Áine will be holding an evening for people to register to vote in the upcoming elections.
If you have not yet registered pop along to Áine’s office on Main Street in Millstreet to fill out the registration form.
The closing date is 6th May.”
Listen to a message from Áine explaining changes in our electoral area. 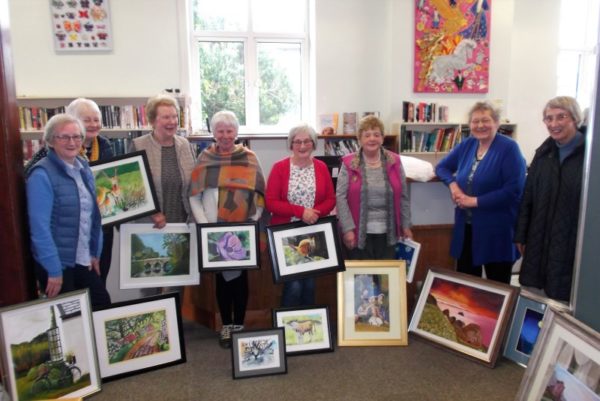 Preparing for this Wednesday’s Official Launch by Maura Walsh of IRD Duhallow of a superb Art Exhibition by the MARA Artists at Millstreet Library.   Artist supreme Mary Sheehan of Knocknagree (pictured on right in image below) is the inspiring Teacher to the enthusiastic and splendidly talented Group.   The official launch to which all are most welcome takes place at 7pm on Wednesday, 1st May 2019.  Click on the images to enlarge.  (S.R.) 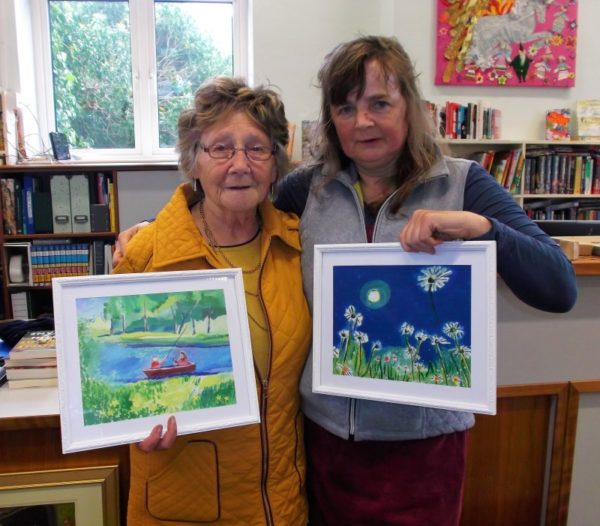 The Art exhibition is featured in the Corkman, annd has some lovely photos of the ladies and friends also [HERE].

Here we share some pictorial images recently recorded firstly at Station Road, Millstreet and then at the official launch of Nathan’s Walk Darkness into Light 2019 which took place at Reidy’s Bar in Killarney on Monday night.  The Walk takes place in Killarney at 4:15 on the morning of Sat. 11th May 2019.  Click on the images to enlarge.  (S.R.) 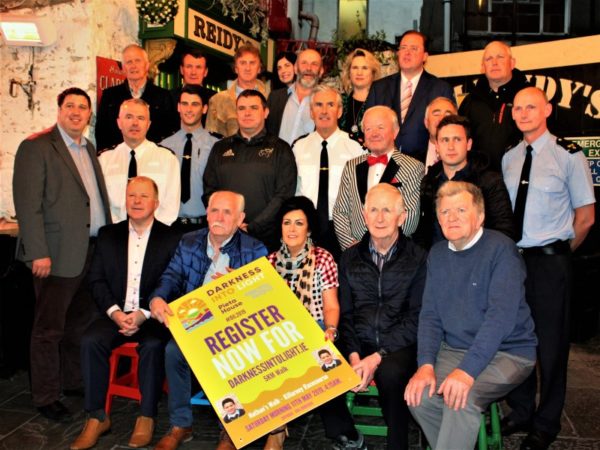 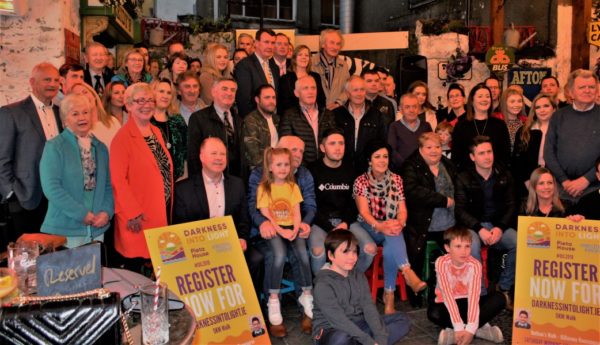