TO “FRIENDS OF KIERAN” 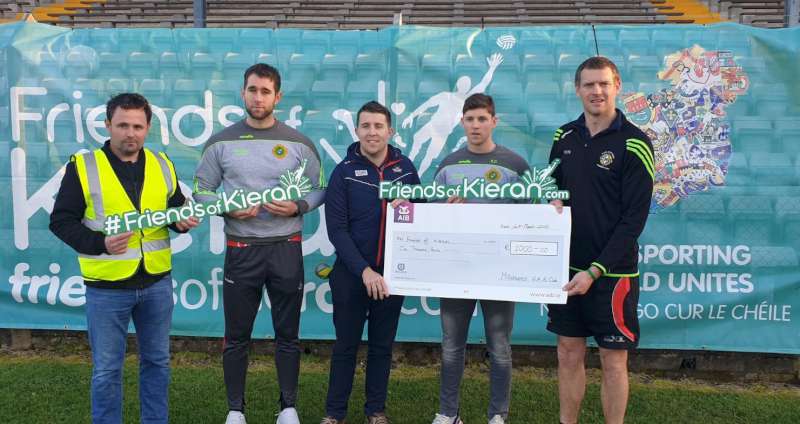 Pictured at the presentation in Pairc Ui Rinn Mark Ellis, Michael Murphy, Kevin Crowley and Pearse O’Neill who accepted the cheque on behalf of “Friends of Kieran”.

On last Wednesday night in Pairc Ui Rinn Millstreet GAA Club presented a cheque of €1,000.00 to the “Friends of Kieran Fund” which had been raised at the Poc Fada held on March 18th in aid of Kieran O’Connor, Cork County football player, who is ill and undergoing treatment at the moment. The fundraising event which was organised by the club and in particular, Michael Murphy, was very well supported and we would like to take this opportunity to thank everyone who participated, made donations and assisted with stewarding on the day. The presentation was made before the Charity Benefit game between Cork and Kilkenny in Pairc Ui Rinn.