Millstreet Vintage Club would like to thank everyone who came along to the inaugural Johnny Hickey Memorial Spring Car Run on Sunday last with an astounding 71 fabulous Cars taking part in the Event,thanks to each and everyone for making the Trip to Millstreet,the Cars left Millstreet just after 12 noon and were led out by the Millstreet Pipe Band with whom Johnny Hickey was a Member of for many years,after the Cars left the Town they made there way up Tullig,on past Millstreet Country Park and on to Knocknakilla with the Event then making its way on to the Macroom/Millstreet Road where it crossed the Road and continued its way over the scenic Mullaghanish Road which brought all the Cars on to a  Break at The Abbey Hotel in Ballyvourney for some refreshments,from here Cars moved on to the Clondrohid Road from where they continued on to Lisscarrigane and eventually made there way back on to the Macroom/Millstreet Road again near Carriganima and from here the Cars headed in the direction of Millstreet and then turned off left at Kilmeedy up past the Castle before heading for beautiful Ballagh and on into the Kingdom of Kerry with a Scenic Run over to Rathmore and then heading back on the Road to Millstreet from where they turned off left and passed up Johnny Hickeys Residence before heading out past the Railway Station and on over the Glebe before entering into the back of Drishane and going through its wonderful Grounds after which the Cars made there way back to the finish in Millstreet at around 4pm where everybody adjourned to the Wallis Arms Hotel for a welcome Meal.

Millstreet Vintage Club would like to thank all the People that helped out which helped make the Event a massive success,to all the Marshalls,Bike Marshalls,Registration/Sign On,Route Layout etc many many thanks for all your help,also we wish to thank Millstreet Pipe Band,An Garda Siochana,Wallis Arms Hotel,Abbey Hotel,The Duggan Family and Staff and Residents of Drishane,Photographers and Media People,finally many thanks to the Hickey Family for there support and for donating the Johnny Hickey Memorial Cup to Millstreet Vintage Club and Congratulations to the First ever winner of this most beautiful Cup Patrick O’Flynn for Best Car in his Volkwagen Beetle,a most worthy winner,we look forward to seeing you all again for the 2020 Johnny Hickey Memorial Spring Car Run.

We thank Matthew Twomey, Ray Corkery and Danny Lane for the Photos. 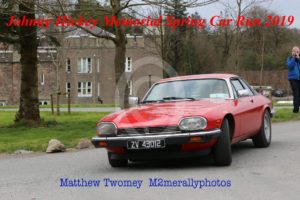 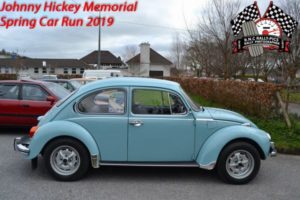 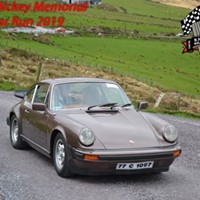 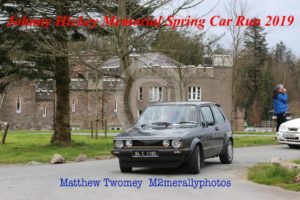 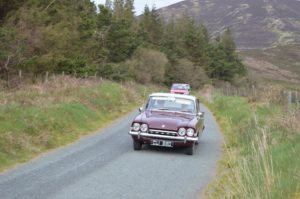 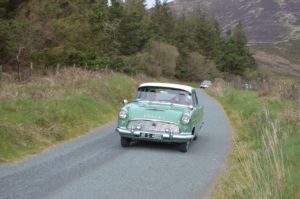 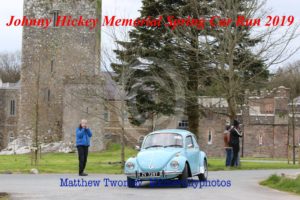