This week’s edition of ‘Where the road takes me’, brings us to Gurranabraher, on the Northside of Cork City.

Accompamied by family and friends, John Greene pays tribute to John O’Shea, who was affectionately known as ‘The Singing Fireman’.

John who spent the first five years of his life in Ballymacthomas close to the Bells of Shandon, later moved to what was known as ‘The Red City’ in Gurranabraher.  He passed away in February of last year at the age of eighty five.

Working initially  as a farm hand for the famous Fr. O’Flynn, or ‘Flynnie’ as he was known as,  John later pursued a full time career as a fireman.

But it was his work on stage as a singer and story-teller, that brought him notoriety all over the City and County.

The death has occurred of Vivienne Murphy, 4 Sycamore Drive, Tanyard Wood, Millstreet. Cherished daughter of Dermot and Lilly, loving and much loved sister of Caroline and Steven, passed away on Friday 1st March 2019 in the exceptional care of the wonderful staff in Temple Street Children’s University Hospital. Sadly missed by her heartbroken family, grandmother Bridie, aunts, uncles, cousins, school staff, pupils and many friends.
Reposing in the family home on Monday from 5pm to 7.30pm. Requiem Mass on Tuesday at 12 noon in St Patrick’s Church, Millstreet, burial afterwards in St Mary’s Cemetery, Millstreet. Donations if desired to Temple Street Children’s Hospital. “Sleep in Heavenly Peace”. [RIP] 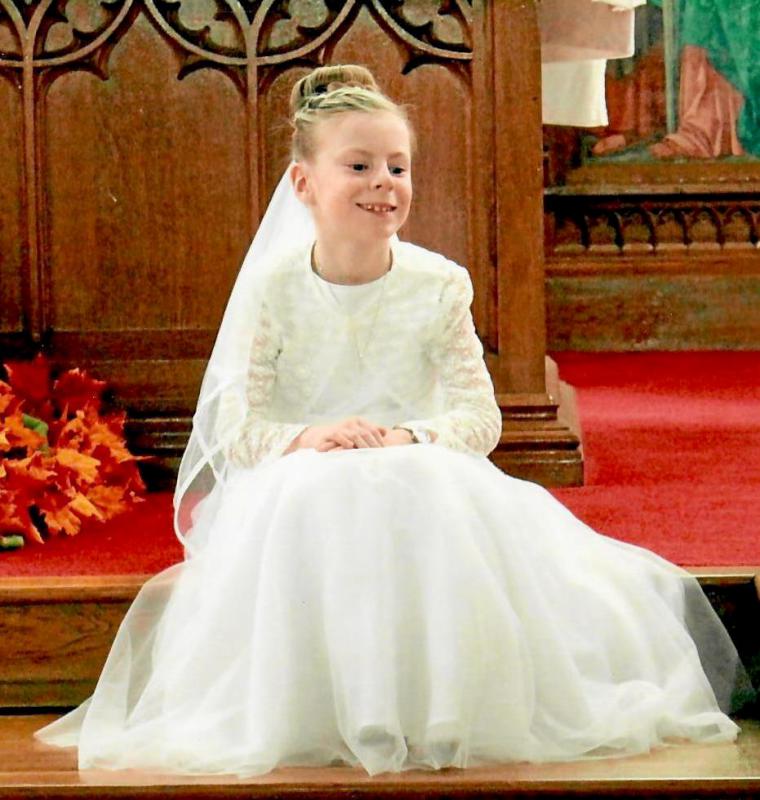