However, local historian Jack Lane thinks it was small and short lived in the early 19th century, maybe part of a larger one in Macroom. All are welcome to attend the talk by Quincey Dougan, which takes place in the Crawford Art Gallery on Wednesday, February 6 at 8pm. 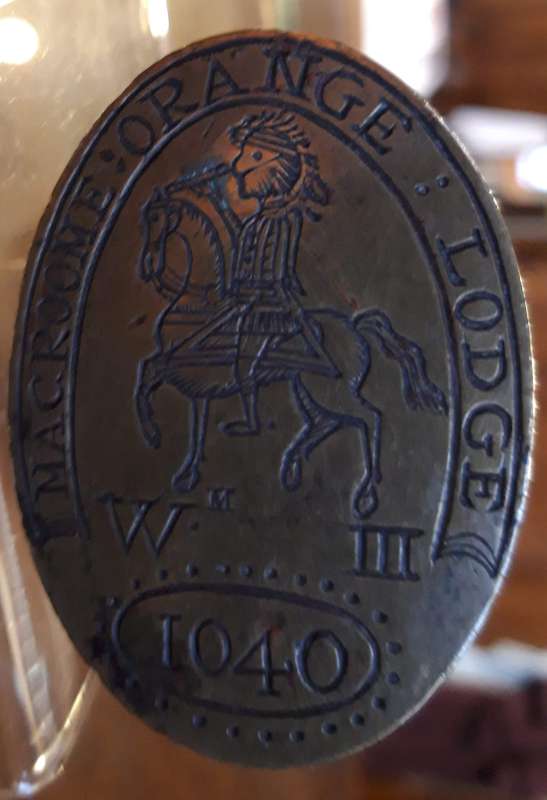 ‘A southern Derry’: notes on the evolution, structure and personalities of Orangeism in county Cork – a lecture by Quincey Dougan.
Crawford Art Gallery, Emmet Place, Cork on Wednesday, February 6, 8pm.

February 6, 2019:  The little-known but important contribution to Cork political and social culture of the leading Loyalist and Protestant organisation the Orange Order, will be detailed in a public lecture in the city next week.

Since its establishment in Armagh in 1795, the Orange Order became a fraternal body within which those loyal to the crown and the Protestant Ascendancy could publicly demonstrate their political and religious beliefs. With a membership at one stage of several hundred thousand across Ireland, it was home to all classes of society but would in time become more associated with working class Protestants.
This was often at the expense of other organisations that may have been closer to their economic conditions. At the peak of the Orange Institution in County Cork it was home to at least 44 Lodges, the first established in 1797. These were spread across the county and included lodges in Bandon, Macroom, Kinsale and Bantry but also Charleville and Millstreet. There were eight Lodges in Cork city and a further eight in Bandon alone. As well- known as Cork was as one of the centres of activity during the Revolutionary period, see a different side of Cork on Wednesday night. Our speaker is Quincey Dougan from County Armagh who has written and
researched extensively on the Orange Order in Ireland outside the confines of Ulster.
Amongst his publications are ‘Leitrim – A County at War’ (2015) and ‘The Armagh Brigade – The formation and sacrifice of the Ulster Volunteer Force in the Orchard County’ (2002). He is formerly a columnist for the Belfast Newsletter, while his work has also appeared in History Ireland and a range of other local newspapers and journals. He is currently a columnist for the Orange Standard. In recent times he has
lectured on the subject matter in Limerick and Leitrim, while he also has upcoming engagements in Meath and Dublin.

This free event is the one in the 2018-2019 programme of lectures, field trips and other events organised by Cork Historical and Archaeological Society.
Established in 1891, Cork Historical and Archaeological Society is one of the longest-running organisations of its kind in the country. It has produced an annual journal since 1892, and membership is open to anybody interested in the history and archaeology of Cork city and county.

For more information about other events in the CHAS programme, or about joining the society, visit the website:   www.corkhist.ie