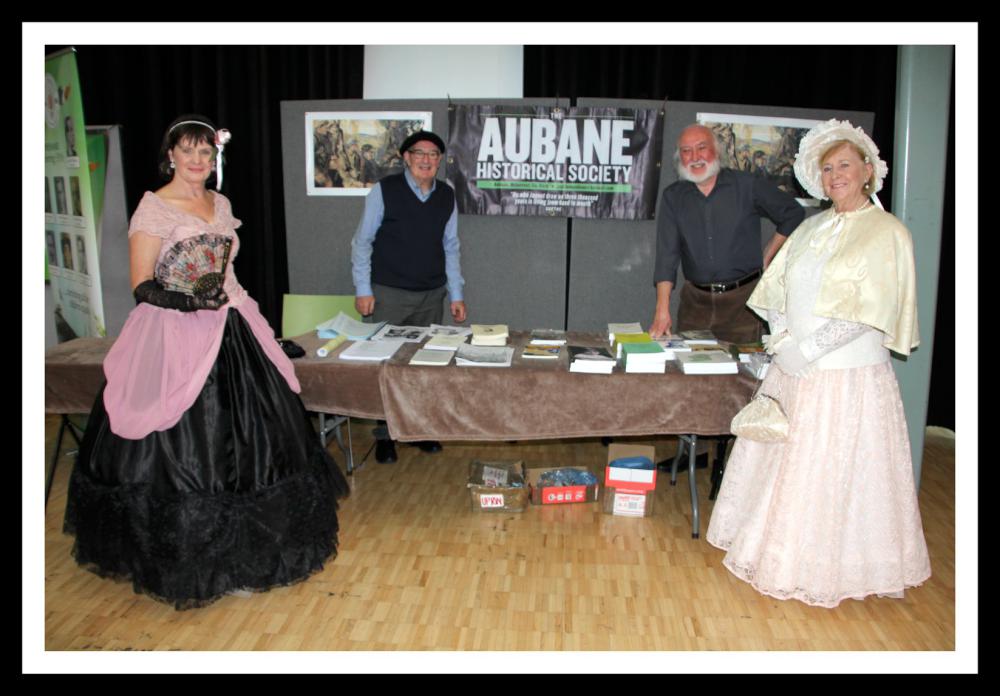 Last weekend, Aubane Historical Society were at the 10th Annual Celebrating Cork Past Exhibition where Cork City Hall played host to many historical societies and groups from all over the City and County who come together each year to stage a unique exhibition that celebrates Cork’s rich colourful Heritage, Tradition and Culture – [Cobh Animation Team]

After a recent three part programme on the Lusitania,  Where the road takes me returns to the town of Cobh to meet one of the town’s greatest
characters.  Although born in Rathbarry in West Cork,  John o’Leary has been a resident here for some time.

From joining the Gardai in 1942, to being present in a courtroom as a man
was sentenced to hang.  From confronting Eamonn De’Valera at an election rally in 1954, to being blamed for instigating the famous battle of Bray, even though he was nowhere near at the time.  And all of this while being a member of the force.  To this day John is adamant that had he been allowed to remain in the Garda Siochana, he would have made a great policeman, being blessed with ample amounts of common sense. END_OF_DOCUMENT_TOKEN_TO_BE_REPLACED

At the far end of Drishane Cemetery lie the remains of William E. Dennehy,  who died serving the U.S. army, a hundred years ago today near the France-Belgium border. He was the second-last Millstreet man to die in World War I, only four weeks before the armistice that finished the war.

Born in Knocknakilla in 1890 to Daniel Dennehy and Margaret Murphy, he had and older brother Jeremiah and a younger sister Mary. Life must have been tough as his father died of TB when he was only three, so it was likely that the family was very poor. His grandfather lived with them until he died in 1906, and by 1911 we know that both boys were working as agricultural labourers. Two years later William moved to Cambridge, Massachusetts where his aunt Mary and her husband Patrick Long (of Aubane) were living. He worked as a leather handler at the Armour Leather Company, and sent what spare money he had back home to support his family, but in 1917 he got drafted into the American  army. He didn’t want to go as he stated in his draft registration that he was the breadwinner for his mother and sister. It didn’t matter. From September 1917 he trained in Camp Devens in the 301st Infantry, “Bostons Own”. In June 1918 he became an American citizen, and was transported to war in Europe aboard the S.S. Cedric, leaving New York on July 6th 1918. Landing in Europe the 301st was disbanded, and William was assigned to the 163rd, and two weeks later to the 58th Infantry, part of 8th Infantry Brigade, which was assigned to the 4th Division.
He saw action in Toulon, St. Mihiel, and finally in the Meuse-Argonne offensive, where he was reported missing on October 7th 1918 at Bois de Fays, about 3km west of the town of Brieulles-sur-Meuse.
He was buried there, but the American public wanted their fallen boys brought home. The French blocked the repatriations for three years, but relented, and eventually on May 21st 1922, sixty-four US soldiers of Irish birth arrived in Dublin at the request of their families. William was one of those, and he was brought to Millstreet and given his final resting place in Drishane Cemetery. 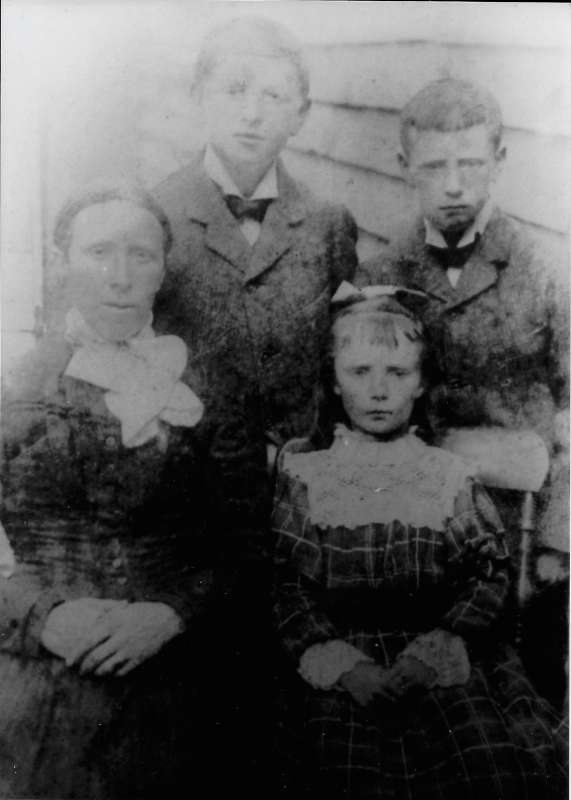 The Dennehy family around 1900. Left to right: Margaret (mother), Jeremiah, Mary, and William