Sister Thomas Aquinas, principal of St. John’s School in Healdsburg, talks with Mrs Robert Medley, Mothers Club President, and Albert Ghiglieri during a reception last week in her honour. Sister Thomas is returning to Ireland for assignment to Drishane Convent, Millstreet, County Cork, motherhouse of the Sisters of the Holy Infant Jesus. She was among the first group of sisters who came to Healdsburg from Ireland to teach at the school when it opened in 1950.  After two years as a principal at the school, she served for several years in Colma, then returned to Healdsburg in 1961. The first school had 89 students in four grades. Last year it had grown to 307 students in eight grades. In her new assignment, Sister Thimas will be mother superior to nearly 80 sisters and in charge of a school, novitiate, domestic science department and knitting industry. 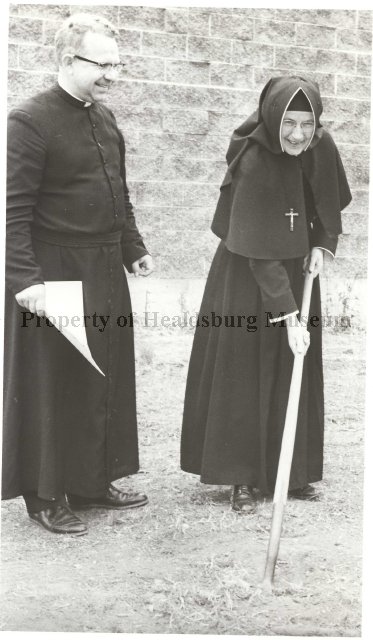 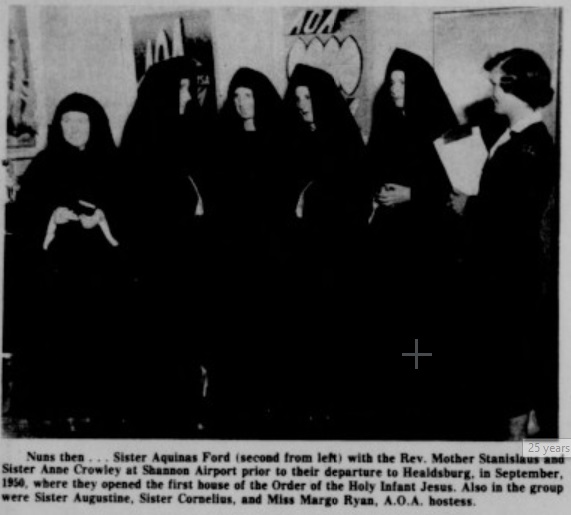 Nuns Then … Sister Aquinas Ford (second from left) with the Rev Mother Stanislaus and Sister Anne Crowley at Shannon Airport prior to their departure to Healdsburg in September 1950, where they opened the first house of the Order of the Holy Infant Jesus. Also in the group were Sister Augustine, Sister Cornelius, and Miss Margo Ryan, AOA hostess.[Healdsburg Tribune, Enterprise and Scimitar, Number 68, 18 September 1975] 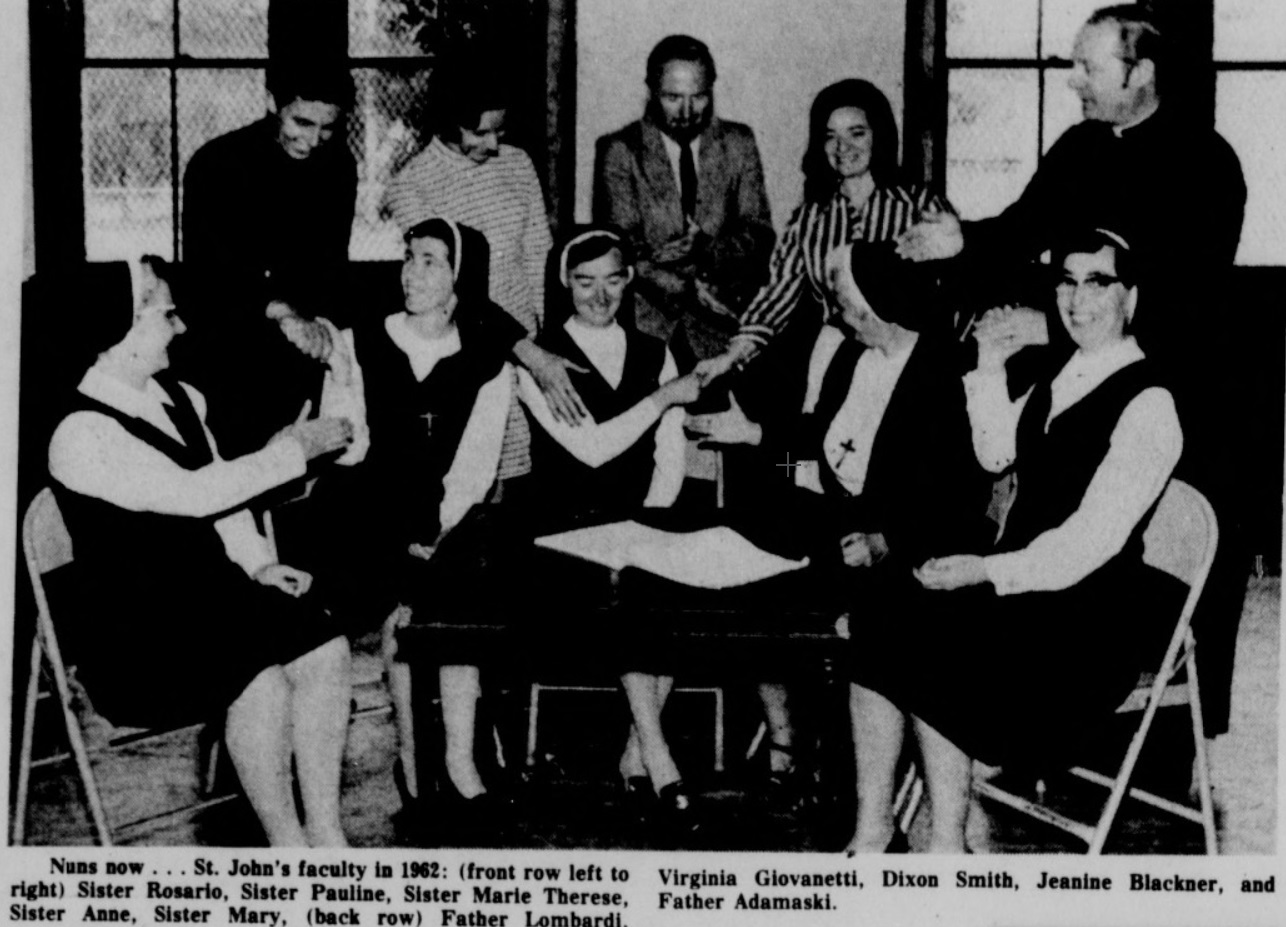 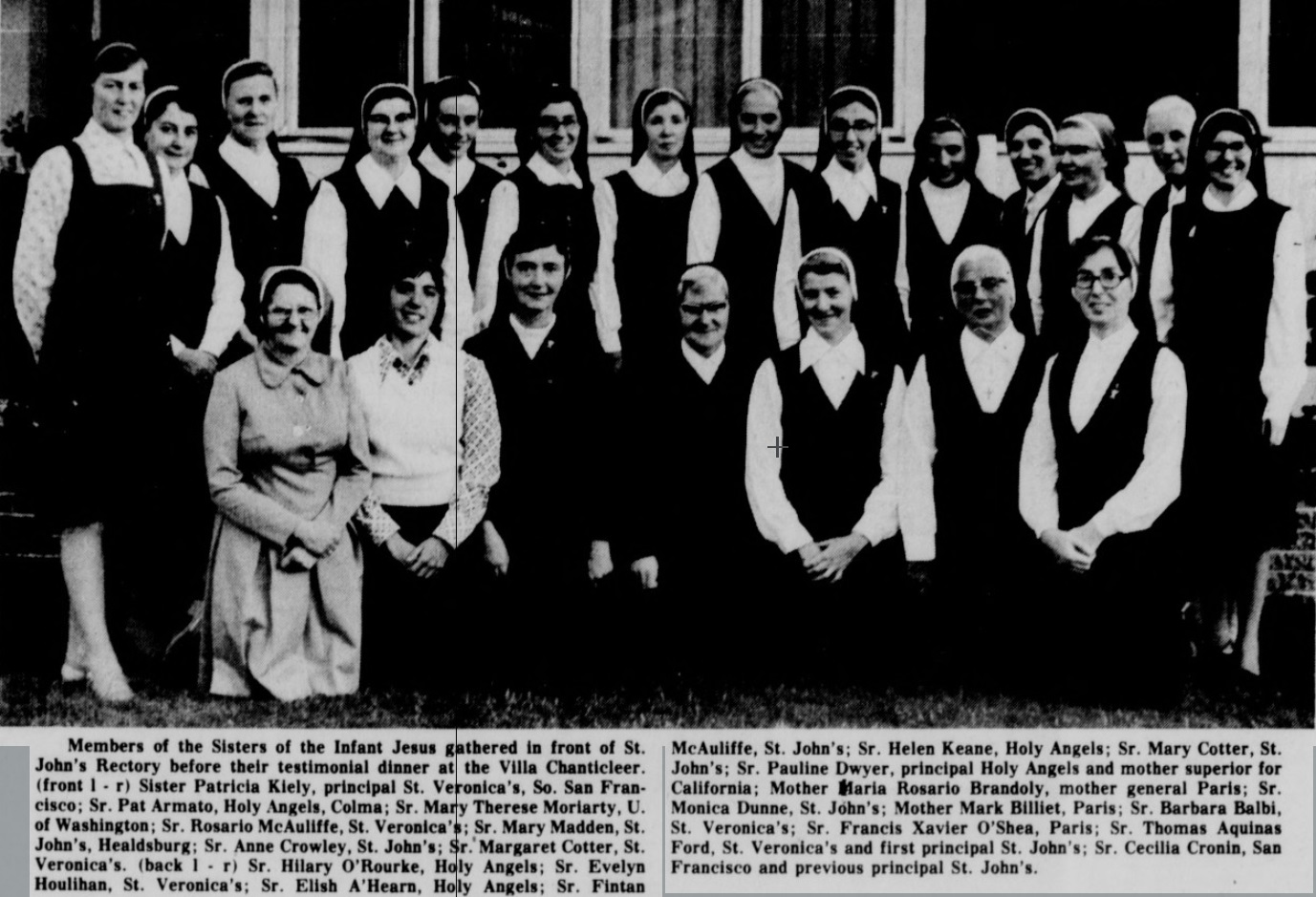 Sr. Thomas Aquinas Ford died on April 23rd 1993, aged 84 and is buried in the Nun’s section in Drishane. [see FindAGrave]

2 thoughts on “Newspaper of 1967 Relevant to Millstreet and Drishane”